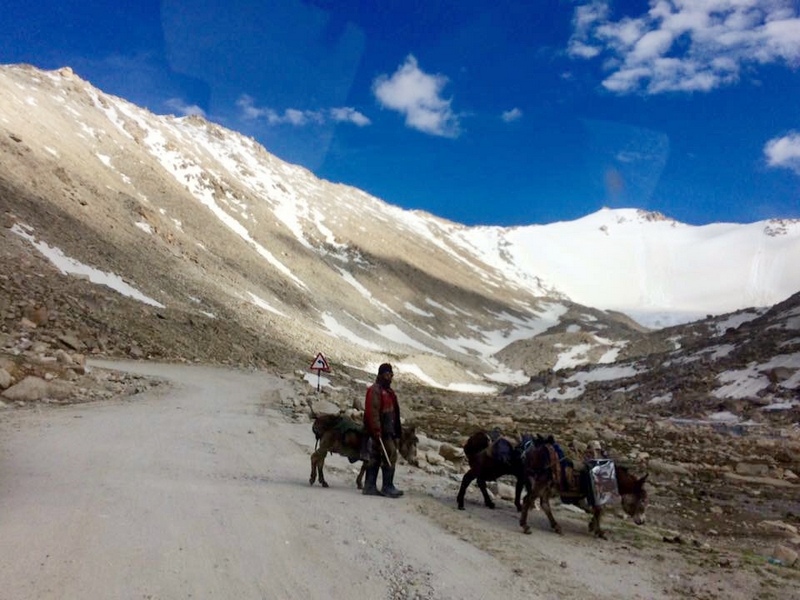 The magnetism of Leh and Ladakh lies in its beautiful hilly terrains and the deserted flat landscape that are dotted with a tint of blue because of the streams and lakes. Popularly known as the “Little Tibet,” the lofty peaks and high-altitude passes offer a range of outdoor activities for the adrenalin seekers such as rafting, jeep safari, mountaineering, motor biking, mountain biking and of course, trekking. There is something exciting and challenging for every thrill-seeker here of every kind. There is no denying that when it comes to trekking tours in India, Leh and Ladakh Treks emerge at the top.

The right best time for trekking in Leh, Ladakh is July and August as the possibility for storms and snowfall rises from September on. However, one can attempt the demanding Chadar ice-trek in February. Trekkers should go well prepared with an experienced local guide and the right equipment for trekking.

Too lazy to read the entire post? Watch this little video about Leh, Ladakh.

The colorful and challenging Markha Valley Trek is immensely popular. Enjoy the great views of Zanskar and Ladakh mountain ranges as you embark on one of the most sought after trekking routes of the region.

Markha Valley Trek is also known as the “Tea House Trek,” and the trek will take you through the Markha Valley and the Hemis National Park. You will love the experience of passing through Ganda La and Kongmaru La and spot blue sheep or the ibex or the patches of wildflowers on the way. You will cross the Markha River and the rocky canyons on this challenging trek.

The complete trek will take you about 11 days.

Love to trek? Read about these best treks in Asia

Another of the most popular trekking trails in Ladakh, the Lamayuru Alchi Trek is full of excitement. The trek is just perfect for those looking for a moderate level challenge as well as the spiritual zone of Ladakh. On the route, you come across significant Gompas and get to admire the rich cultural treasure of the “Land of Passes.”

Pray and meditate at any monastery and admire the unique beauty of Ladakh. Lamayuru is believed to be one of the oldest monasteries. You get the opportunity to cross four passes on Lamayuru Alchi Trek that starts at Lamayuru, namely Pritikingir La, Stakspi La, Kongske La and Panji La.

The whole trek will take about nine days.

Frozen River Trek follows a trekking trail on the frozen Zanskar River lined with high mountains. The name itself is enough to give a spine-chilling feel of the freezing temperatures.

The Frozen River Trek is indeed one of the most adventurous and best treks of Leh and Ladakh. The completely a winter trek has another name – “Chadar Trek, ” and one needs loads of mental stability and strong stamina to compete the winter trek in the harsh climatic conditions. Average day temperature remains around near to -15 ºC and can dip down to -30 ºC.

The trek would take about 13 days.

There are several other popular treks in Leh  /Ladakh such as Stok Kangri Trek, Nubra Valley Trek, Snow Leopard Trek, Rupshu Valley Trek, Lamayuru Padum Trek, Sham Valley Trek and the list could just go on and on. Ladakh also has some unbelievably gorgeous lakes such as Pangong, Tso Moriri, etc.