Time Traveling to Goa’s Past at Goa Tribal Festival 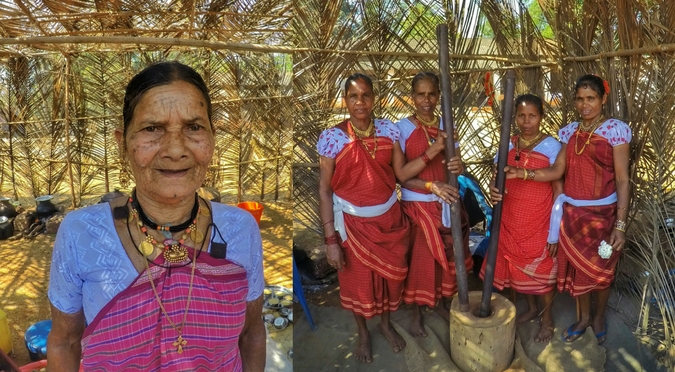 Ever heard of Goa Tribal Festival? No, it’s not a psytrance party but a festival that involves REAL tribes of Goa. If you’re a regular reader of my blog, you must be aware that San and I were volunteering in Goa and living here for a few months. In fact, I often call Goa my second home because I have visited it more than 20 times, but I never got an opportunity to meet Goa’s tribes.

Anyway, so talking about Goa Tribal Festival, are you must be wondering what it is all about, so here’s the basic info you need to know before I tell you what I did here:

What is Goa Tribal Festival? 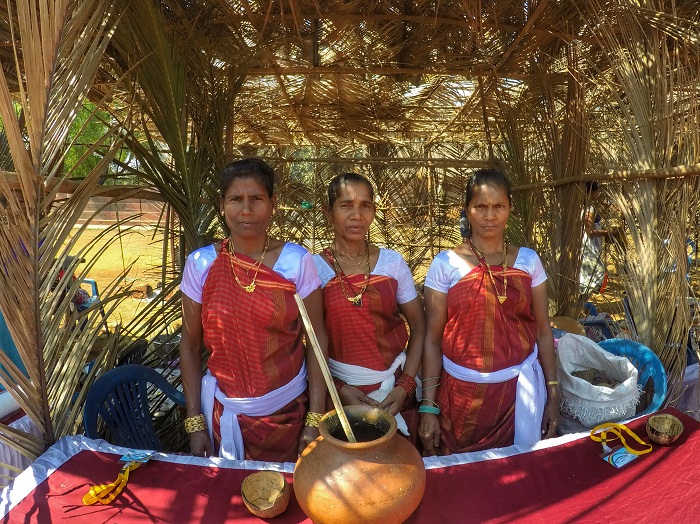 Goa Tribal Festival is an initiative by the local villagers to spread the awareness about Goa’s unique culture, heritage and core. To be specific, the community that took the initiative to organize this two day festival is the Adivasi Sangatna of Quepem village. The idea is to preserve and celebrate Goa’s age old traditions, which are not just limited to food or but also craftsmanship, games, folklores and more!

Many of us have visited Goa many times and spent most of our time on beaches and parties, but how many of us ever got a taste of Goa’s old culture? I hardly ever did! And no, Goa’s old culture is not just limited to Old Goa’s churches and Portuguese influences, but is so much more. It’s got a lot to do with Goa’s oldest communities, which I got to meet at Goa Tribal Festival.

Where is Goa Tribal Festival Celebrated?

The 2017 edition of this festival, where I went was held at Village Panchayat Ground, Xeldem. Xeldem is in Quepem, which is in South Goa. Yes, Quepem is where the famous Goa Carnival is also celebrated. If you get a chance, do visit it because it is on the banks of Kushawati river and is scenic.

When is Goa Tribal Festival Celebrated?

It is usually celebrated in the beginning of the year. I went for the sixth edition, which was on January 7th – 8th 2017.

My day at Goa Tribal Festival

Ok, enough about the facts but I’m dying to tell you about my day here. After an amazing breakfast at Miramar Residency, we started our journey to Xeldem for the festival. I’m not a fan of Miramar and it’s my least favorite beach in North Goa, but the area around it is very crowded. However, the drive from here to Quepem is really beautiful. For many kilometers we could only see lush rice paddies. Everything around us was very green.

An hour later, we were in Xeldom. It was time to enter the festival! Let me be honest, I was expecting an overly crowded area like a Diwali mela or something like a Goan flea market but as I stepped out of the car, I felt I had gone back in time. I saw a spacious ground with a lot of room to move around. An elevated area was set up, with many chairs around it – like an old fashioned stage. 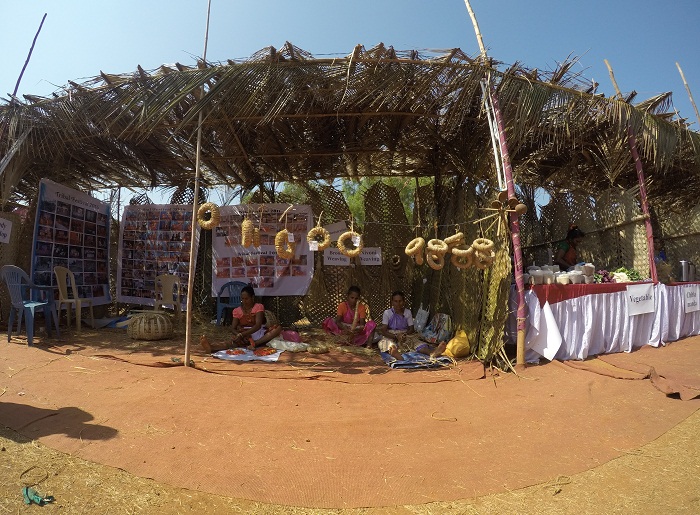 Around the stage were a few stalls and behind the stalls which were made with bamboo and coconut leaves – very old school and charming! Yes, this is the first area that caught my interest. Believe it or not, I must have taken 20-30 rounds of this area to sink as much details as I could. Most of these stalls were being handled by local women from various tribes. Some of these stalls were food related and the others were the ones where the tribes were crafting new things such as mats, brooms, flower tiaras, etc. I got to witness how they meticulously crafted these items with palm leafs and paddy grass. 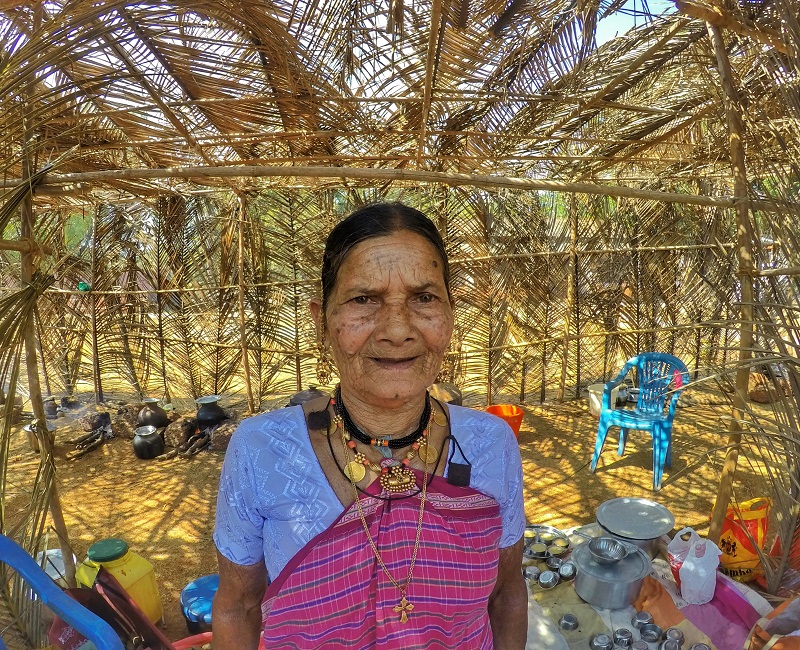 The women behind the stalls wore beautiful red sarees with puffed sleeves blouses, which were draped a tad higher when compared to the rest of India.  They all had flowers in their hair and smiles on their faces – the real hippies! 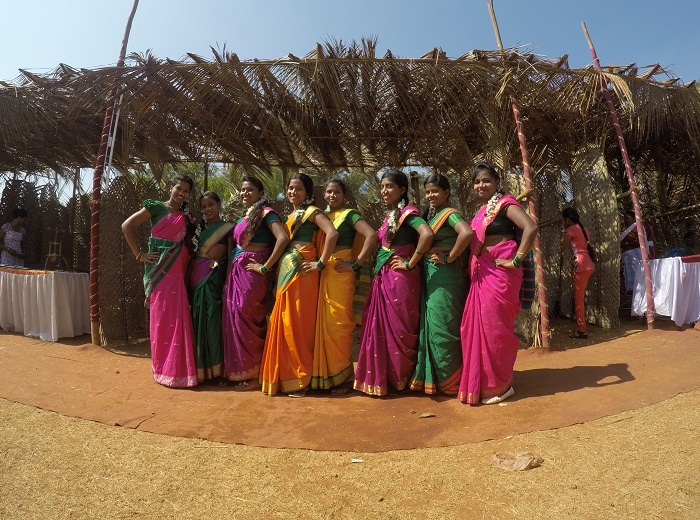 I also saw groups of younger women and children that were moving from stalls to stalls – all traditionally attired. 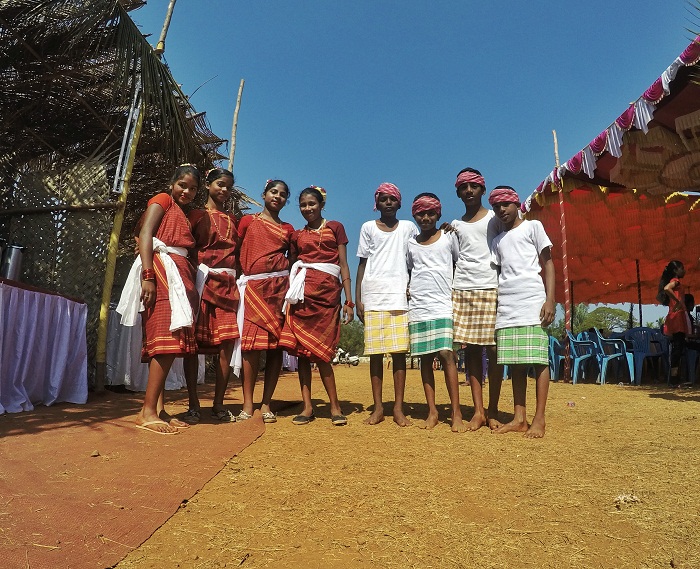 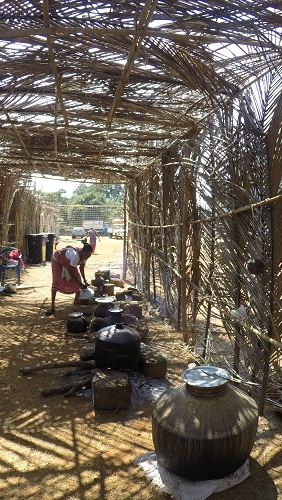 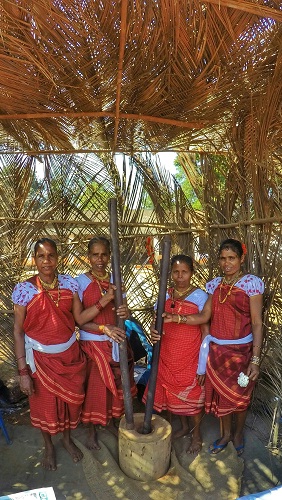 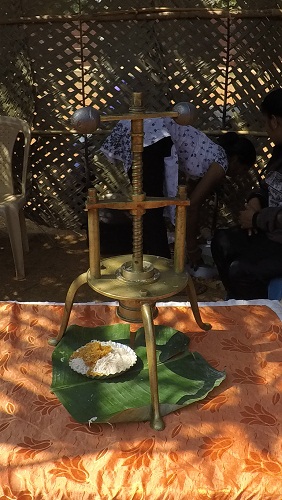 A big thanks to Goa Tourism for hosting Drifter Planet in Goa to experience Goa’s history through Goa Tribal Festival.