Why We Want to Explore Australia on a Campervan 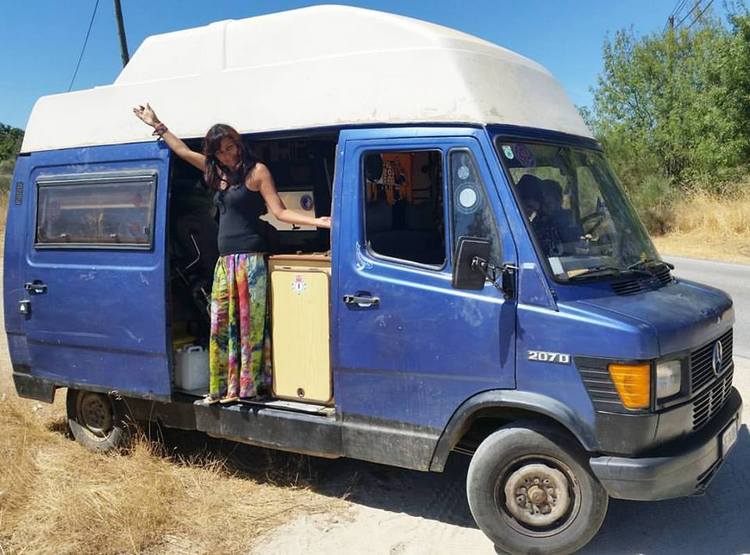 It was summer of 2016 when San and I traveled around Europe on our friend’s campervan to attend a few music festivals. Our friend’s name is Davide and he had named his campervan Pippo.

Originally from Italy, Davide spent the year before that exploring Australia on a campervan. While we drove from Portugal to Spain, he shared many anecdotes of the time he spent driving around in Australia.

As we sat on the roof of his campervan to watch the stars, he compared it to Australian night sky. It was at that moment, that San and I held hands and decided to (someday) explore Australia on a campervan. Here’s why:

Update: we did actually end exploring most of Europe in a camper van that we bought. We did it with our 6 month old baby to begin with and we STILL have this van with us. Maybe someday we will eventually get to Australia on it.

Here’s the thing, the air tickets to Australia are generally more expensive from Europe (that’s where we’re currently living) than most of the countries because it’s on the other side of the planet.

A trip that lasts for less than a month doesn’t really make sense when the cost to fly to Australia is so much higher. Adding hotel room costs per night and internal transport, the cost of traveling to Australia can really go very high.

Keeping all these things in mind, exploring Australia on a campervan seems to be the only way cost-effective method for traveling here. It is so because we will be taking our “hotel room” with us and that will save our costs. As per our calculations and research about Campervan rental and buying costs, it makes sense to buy a used campervan if our trip is longer than 3 months and rent one if it’s shorter. We love this post with campervan conversion tips on a tiny budget.

Australia is Perfect for Road Trips

Australia has a low density of population compared to most of the countries. As a result, the country is known for its wide-open spaces. The road system is generally well maintained and easy to follow. Australia is also known for its spectacular natural scenery that can be enjoyed so much more if you’re traveling by road. Moreover there are so many amazing landmarks in Australia that are unmissable. Click here to read tips for planning a trip to Australia.

Based on our driving history, Australia seems to be is the perfect place for us to drive. They drive on the left – which is great because I have driven on the left side for 10 years in India. IDPs (International driving Permits) are usually accepted. Oh and there’s no toll in Australia outside the cities of Melbourne, Brisbane, and Sydney. We love this East Coast road trip Itinerary in Australia – been there? 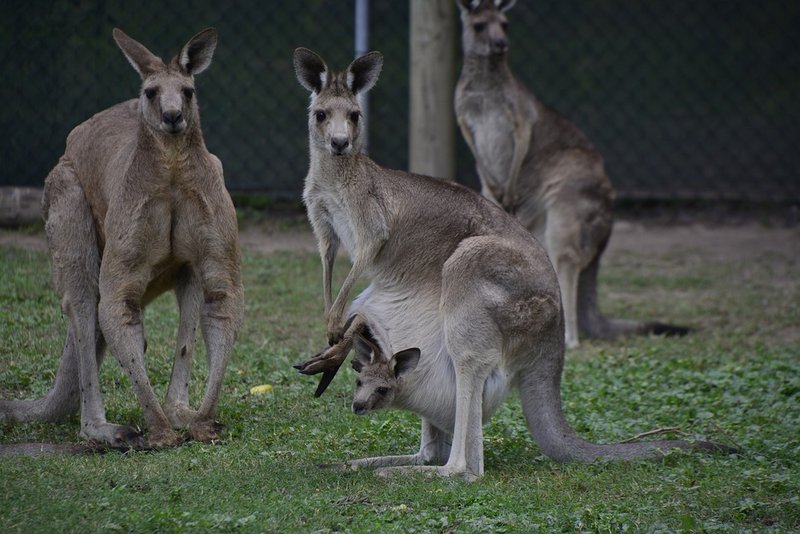 Kangaroos in Australia – exploring Australia on a Campervan

So you want to visit Australia and spot a Koala? I hate to break this to you but it is not so easy to do that because Koalas are shy and difficult to spot.

Australia, however, has many other animals can aren’t particularly shy. If you’re driving in rural areas, we’ve been told that these animals often wander onto roads.

Australia is the land of animal encounters and we want to have our fair share too. We’d love if we spot kangaroos hopping across the road or emus running around.

By the way, if you’re still hung up on spotting a Koala in Australia, you can try the Otway Coast on the Great Ocean Road. 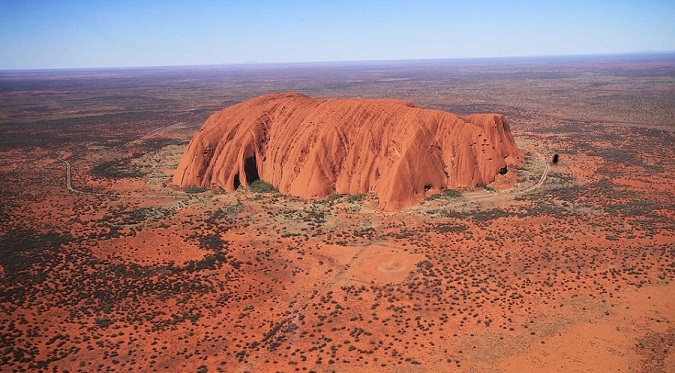 Did you know that Australia’s southern desert region is the heart of outback? It’s called the Red Centre and the most famous natural landmark of the country is here – the Ayers Rock, a.k.a. Uluru, a 348 meters high rock that’s a sacred site.

Apart from this, this part of Australia also has Alice Springs, which is an oasis in the middle of nowhere. The easiest ways to explore this area is on road.

Spotting “the Big Things” in Australia

One of the funniest things that our friend mentioned about road-tripping in Australia is spotting the “big things”. These are just generic everyday things that have been built on an enormous scale. In fact, there is a Wikipedia page that’s just dedicated to these big things and where each one is located. Isn’t that hilarious? 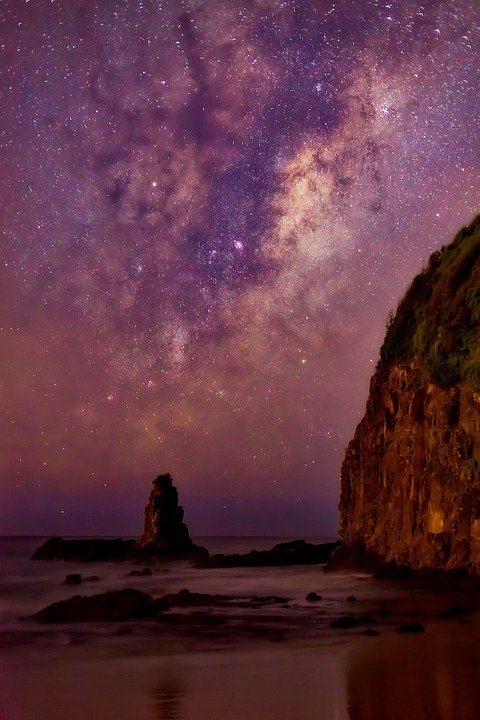 Let’s go back to the time when San and I decided to explore Australia on a campervan – it was while we were stargazing. We want to experience the vanlife in Australia and sit on the roof to watch the stars.

Considering the fact that urban areas are scattered and there are many uninhabited zones, we can know from before that the city lights will not dampen the stargazing experience. Australia’s desert area is world-famous for stargazing and we’d love to make the most of it when we’re there. If possible, we’d like to sleep under the stars and wake up just before the sunrise to watch it. 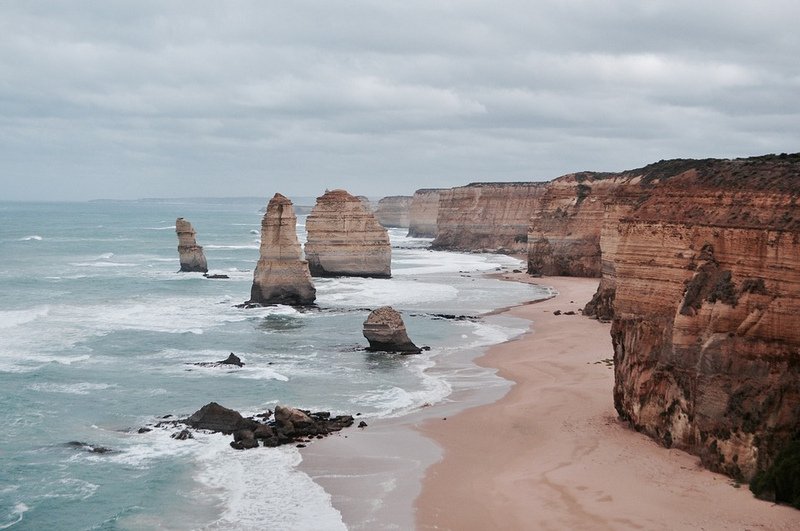 Australia has a lot of natural sites that are famous all over the world apart from Uluru. Of course, we cannot see all of them, but we’d like to see at least some of them. The best thing about road tripping is that the plans can be flexible and we can stop wherever we want to smell the roses.

One such natural site that’s on our wish list is the Twelve Apostles by the Great Ocean Road in Victoria on the shore of Port Campbell National Park. It is a collection of limestone stacks out of which only 8 are left.

Going to a Music Festival in Australia on our Campervan

If you’ve been following our blog for a while, then you know for sure that San and I love attending music festivals. In fact, the first time we met each other was in a music festival and we’ve been to so many of them in different countries.

Australia has an amazing party scene and we’re eying two psychedelic music festivals there that we’d love to attend – Earthcore festival and Rainbow Serpent Festival. Campervans are perfect for music festivals so of course, this is on our big Aussie road-trip wish list.

Have you ever explored a new country on a campervan? If so, we’d love to know more and hear your stories. Leave a comment and share your experience.

Love this post? You will also enjoy the below posts:

50 Stunning Swimming Holes around the world