11 Reasons Why I love Goa and Keep Going Back 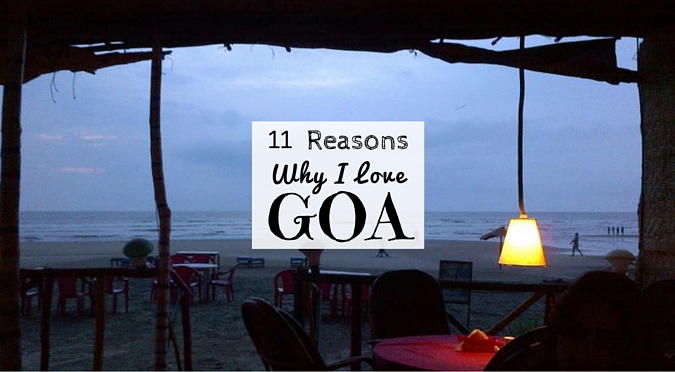 Goa is perhaps India’s most popular destination. It is known for its massive beaches and a unique culture that’s a mix of Indian and Portuguese.  It is not a city but is a state (or a province) that’s divided in many zones.

I have lost count of the number of times I have visited this glorious state – but I do know that number is in double digits by now. Many ask me why I love Goa and keep revisiting it instead of exploring new places – well, here’s my answer: 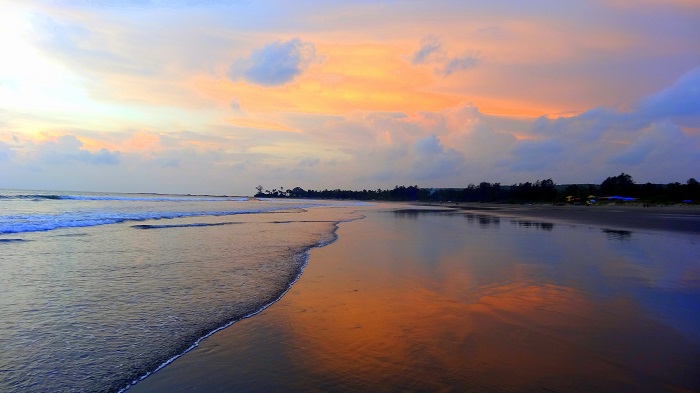 Goa has some of the most spectacular beaches in the world that are perfectly crescent shaped, fringed with palm trees and are dotted with beach huts. Most of these beaches have reddish sand, some have soft white sand, many have strange rocks formations, some have hills all around and a few of them have lagoons too!

With 300 KMs of coastline, Goa offers something for everyone. If you’re visiting Goa, I would suggest you to stay away from the overly crowded Calangute – Baga – Candolim stretch. If you’re visiting, then be sure to read my detailed guide about the beaches of North Goa. 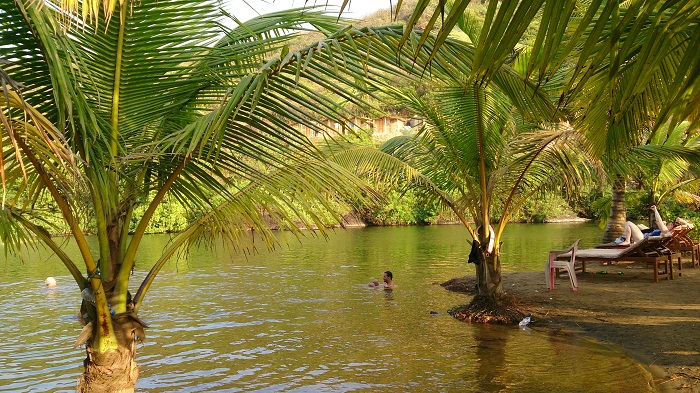 You think Goa is full? Well, maybe you’re visiting the wrong area! No matter how touristy Goa gets, there are always some hidden spots that can be found if you try hard enough. There are a few secret lakes, lagoons, waterfalls and secluded beaches that no one will tell you about.

There’s ALWAYS something new to discover because Goa is massive. Here’s a travel guide to dudhsagar falls, goa – which you should definitely consider visiting. Wanna know more about the hidden spots? Subscribe! 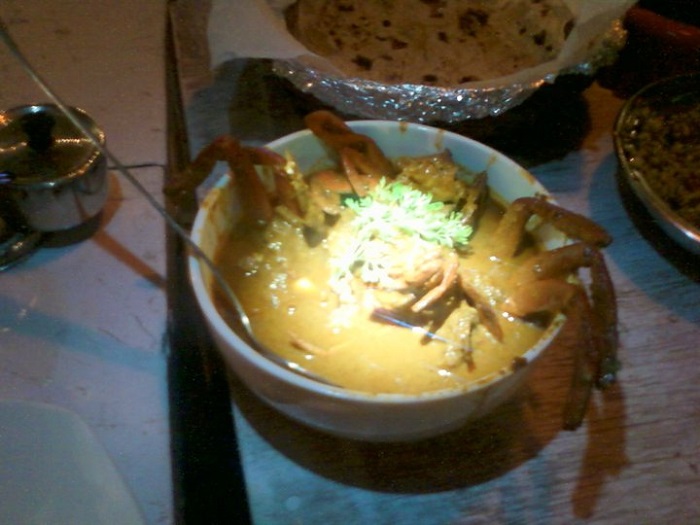 Goa was once a Portuguese colony and the influences can be found in their food. With a mix of tamarind, coconut, curry leaves, mustard and magic, Goans definitely know how to ROCK their curries. Goa’s Xacuti, Balchao, Cafreal, Vindaloo are perhaps some of the best curries in India.

You can not only find plenty of fresh seafood but also real beef steaks – which are rare in India. Moreover, Goa has some amazing places for European food. Seriously, I have never had a bad meal in Goa! 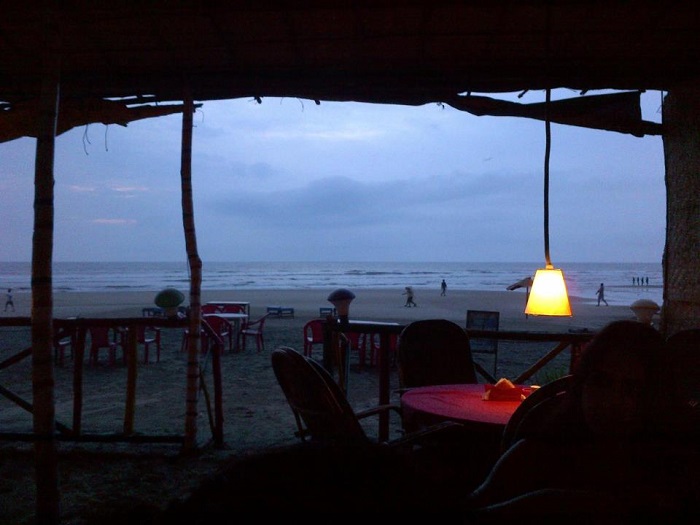 A Shack in Goa – Arambol Beach

Most of the beaches in Goa are dotted with sea facing shacks that are typically run by local Goan families. It’s easy to spend almost an entire day sitting on beach beds of these shacks gazing at the sea. Almost all of these shacks have a beach bar where you can order from a range of International drinks to Goa’s local brews. Many of these shacks offer affordable accommodation options.

Some of the most famous shacks are Curlies in Anjuna, Pink Orange in Ashwem, Morning Star in Arambol, Om Shanti in Patnem and Blue Corner in Benaulim. In my opinion, Goa has some of the best beach bars and shacks in the world. 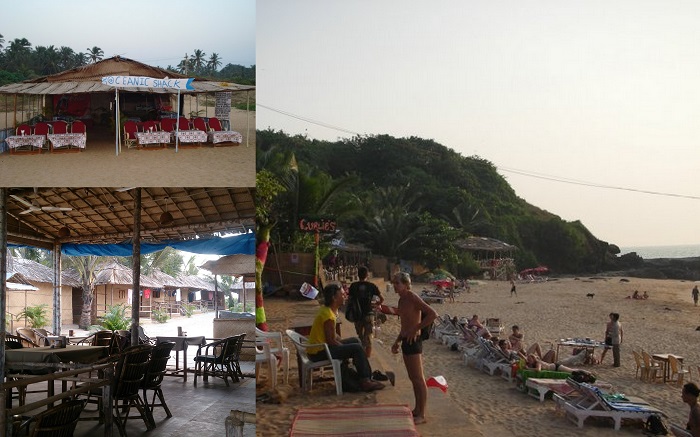 Shacks in Goa – Why I love Goa by Drifter Planet 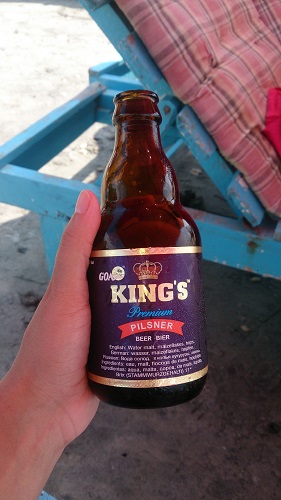 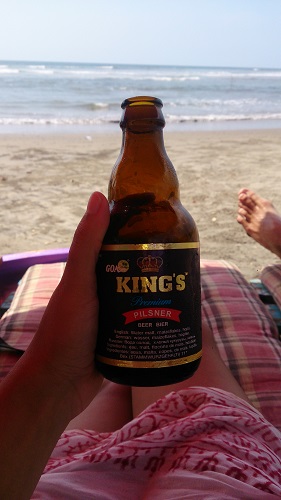 King’s beer is Goa’s local brew – it is amazing and is only available here and in Mumbai.  For INR 35 (close to half a dollar) for a pint, it is also cheaper than the other beers.

Somehow, inflation has had hardly any effect on the price of this beer because the first time I had it in 2004, it was for INR 25. When I’m in Goa, I don’t ever look at any other beer except King’s.  It is packaged in a cute little dark bottle that’s short and fat.

2022 Edit: King’s beer is still in Goa with a new packaging and name. The name is “Königs”, which means King’s in German. 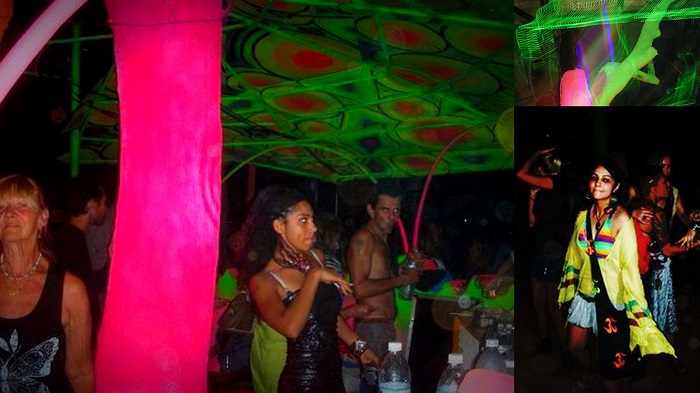 A Psytrance Party in Hilltop Goa – Why I love Goa

When it comes to parties, nothing can beat the old school psychedelic trance gatherings of Goa.

Back in the 1960s, many hippies arrived in Goa and it became their permanent residence. It led to the birth of “Goa Trance” genre which further ushered in a different style of parties with a strong presence of visual aspect that utilizes UV paint and decoration that now happen all over the world.

In Goa, some of the best parties are underground and invitations are only by word of mouth for the “insiders”. If you’re lucky enough to find one, you will remember the experience for the rest of your life!  Alternatively, you can also visit Hilltop in Vagator for a kickass party or Palolem for a silent headphone party.

7) Local Goans are Happy and Beautiful 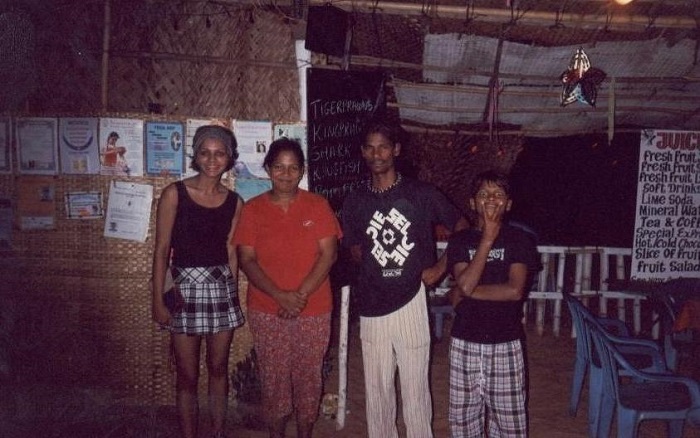 Goans are very peaceful, easygoing and laidback. Usually smiling, they are extremely polite and trustworthy. Apart from the local Konkani people, many other people from all over the world call Goa their home.

First the hippies and then the backpackers – many visited this glorious destination and did not leave. For many, the hippie trail ended here and it became their permanent residence. They have collectively formed a culture that is a blend of East and West.

8) Goa is Truly a Tropical Paradise 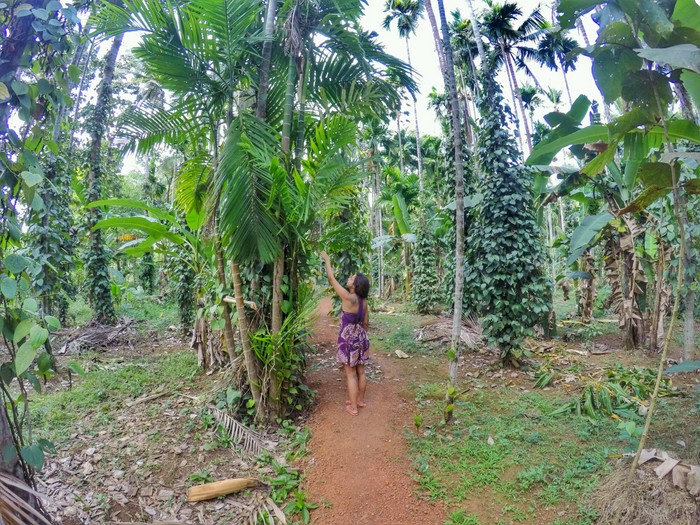 Most people just end up visiting Goa’s beaches but the true beauty lies in the forest area.

Goa’s landscape is hilly and it mostly covered with trees. There are banana trees, papaya trees, jackfruit trees, rice plantation, spice plantation and a lot of other interesting flora.

If you want to explore Goa beyond the beaches, then I’d like to tell you that Goa has a lot of waterfalls. I don’t want to mention most of them here but one of the most popular and beautiful one is Dudhsagar Waterfall.

9) Goa is Safe and Peaceful 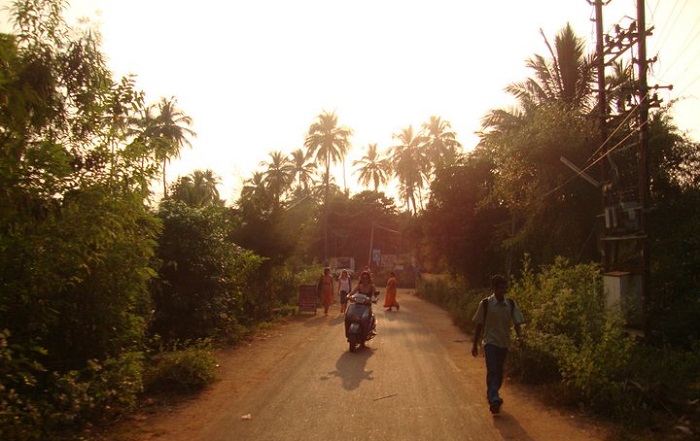 Goa is safe for women!

While India is famous for its many scams, things are completely different in Goa. Apart from a few isolated incidents, communal violence and crimes against women have been nearly non-existent and Goa is regarded as one of the most peaceful states in India.

Back in 2009 on my solo visit to Goa, I dropped my wallet on the road and I got it back within one hour without anything missing. Once I left my smart phone in a shop in Arambol and I got it back. Goa is one of those rare places in India where I feel safe walking alone on the street at night wearing shorts. 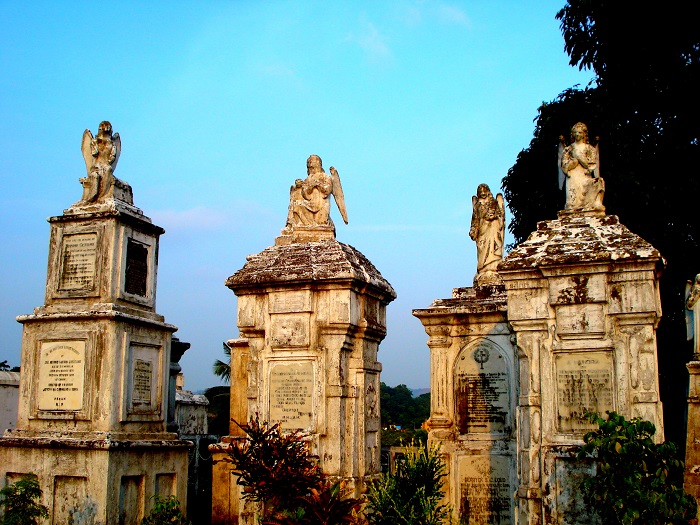 A Church in Old Goa

I love admiring architectural wonders and Goa is a treat for my eyes with its many Churches, Forts and old school Portuguese houses. Some of the most famous churches are the Basilica of Bom Jesus (1605), Se Cathedral (1619), Church of Our Lady of the Immaculate Conception (1541) or in fact, Old Goa is full of them where a lot of churches were built during Portuguese rule. Some of my favorite forts are Chapora Fort, Fort Aguada and Cabo de Rama – they all are fun to explore and overlook beaches.

11) Goa is awesome for Shopping 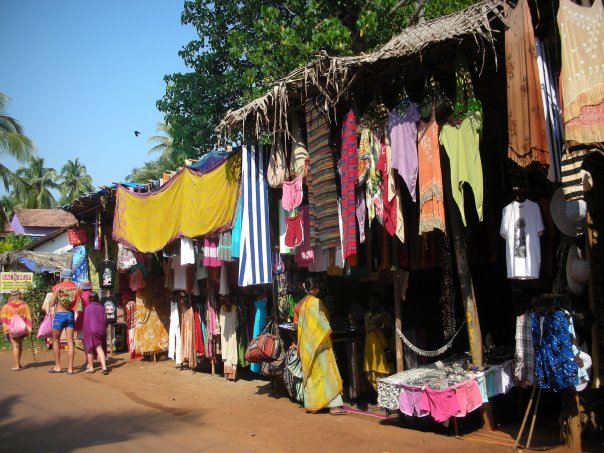 Here’s the thing – I don’t like to spend money. I usually avoid shopping because I travel on a low budget.  I have many things in my room that are more than a decade old and some of them are from Goa. It’s difficult to resist the urge to buy colorful clothes, lamps, tribal jewelry, UV bedsheets, elf dresses from Goa’s street shops.

Some of the most famous places for shopping in Goa are Anjuna flea market, Arambol’s street shops and Arpora’s night bazaar. FYI – I have lived in Goa for a few months and visited many markets. I also wrote a detailed post about the flea markets in Goa.

Pin to Save for Later 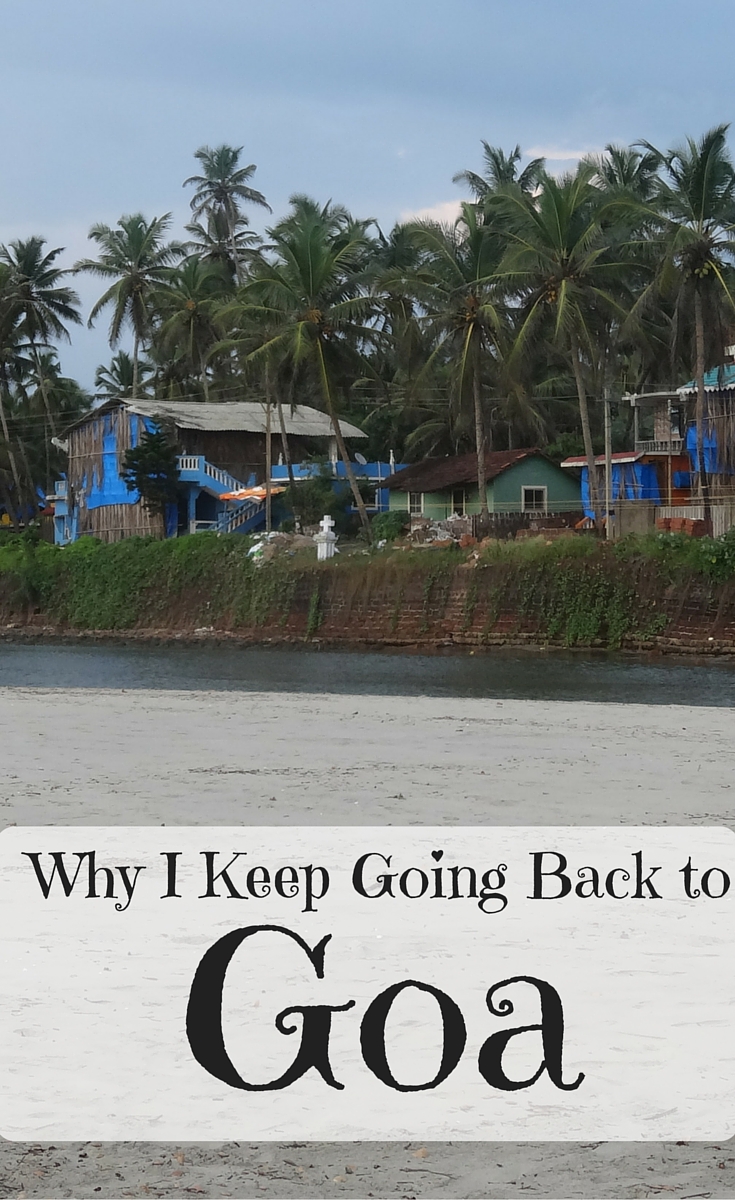 Why i Love Goa and Keep Going Back by Drifter Planet 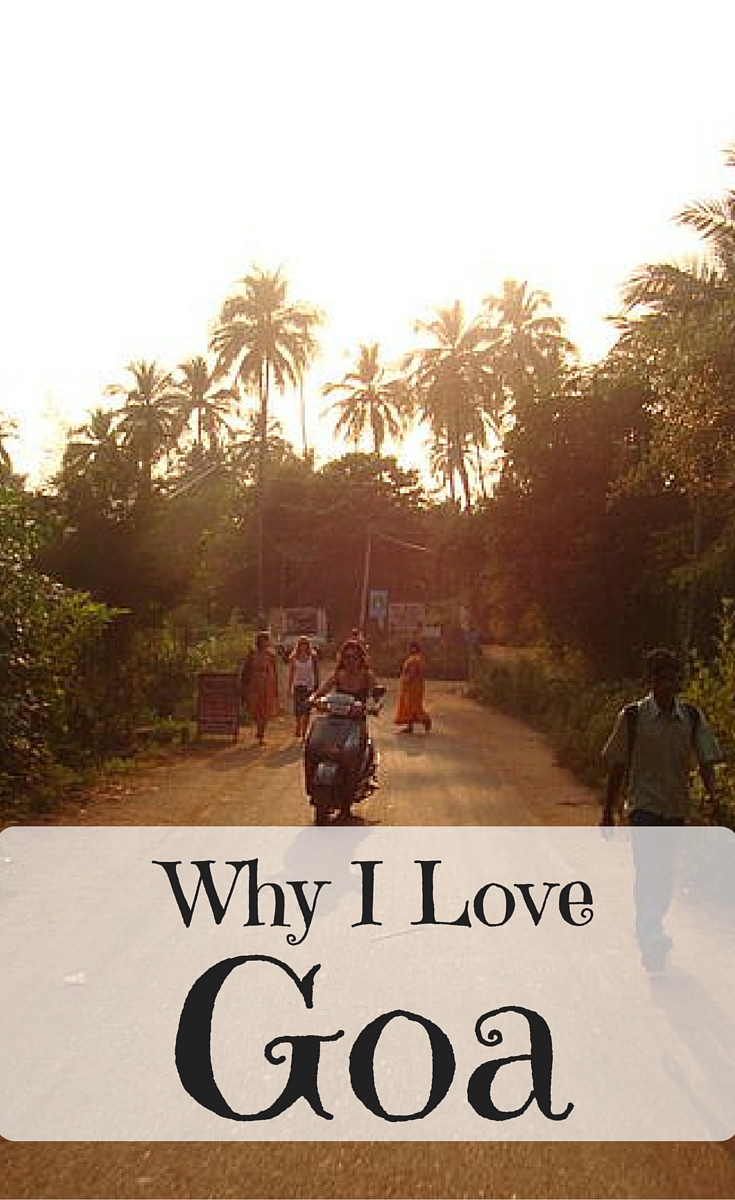 Why i Love Goa and Keep Going Back by Drifter Planet

Hampi in Karnataka can be easily reached from Goa by catching an overnight bus or an early morning train.