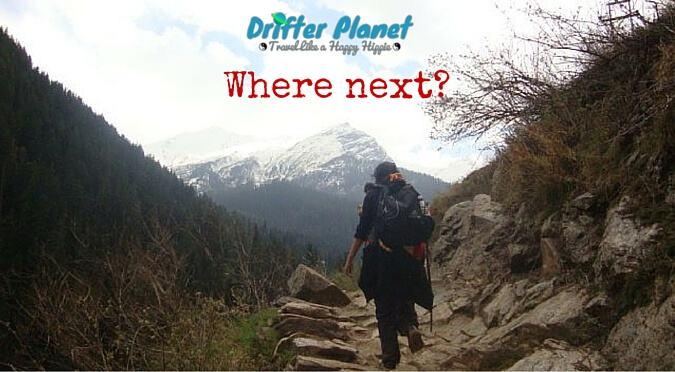 Wondering where are I am going next? You’ve come to the right page!

The real reason why I started this travel blog was to document my journey and share stories. So here’s a list of my upcoming destinations in reverse chronology. This list ends at where we were at the first month of travel blogging. Note: I’m using “I” instead of “us” because San doesn’t write anymore. (Grrr)

Oh and if you’re a brand and you want to sponsor any of our trips, head over to our “Work with Us” page.

(Psssst.. you can travel with us by following our journey on Instagram, Facebook or Twitter. If you want more dose of Drifter Planet, join our exclusive club by subscribing to our monthly emails)