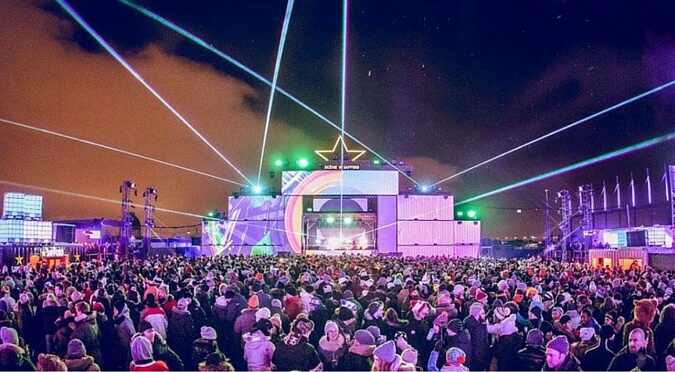 This guest post about Igloofest Montreal (Canada) was written by Keith Holland from Montreal, Canada.

Imagine your favourite music festivals and you probably see sun, grassy hangouts, and relaxing Summer surroundings. While some places have the benefit of having Summer weather almost year-round, Montreal, Quebec certainly does not. With a Winter that demands legendary effort to survive you would wonder why anyone would ever associate outdoor festivals, Montreal, and Winter together. But, there is such a thing every year in Le Belle Province. Igloofest is Montreal’s go-to outdoor Winter festival for those who are fans of electronic and house music. To learn more about this crazy festival I spoke with the online travel company JustFly. They gave me the complete rundown on the history of Montreal’s Igloofest and what makes it so unique on the festival scene.

First things first, the festival takes place in one of Montreal’s most interesting downtown neighbourhoods. The Old Port is a time capsule of early Canadian architecture. With cobblestone streets, hulking churches, and numerous nods to the past all strewn about Montreal’s waterfront, it seems like the last place you would ever see such an event. Entering its 11th year this coming Winter, Igloofest has become a very popular and unique festival that draws people and artists from across the world to don their snowsuits and hit the streets for an all-night dance off. 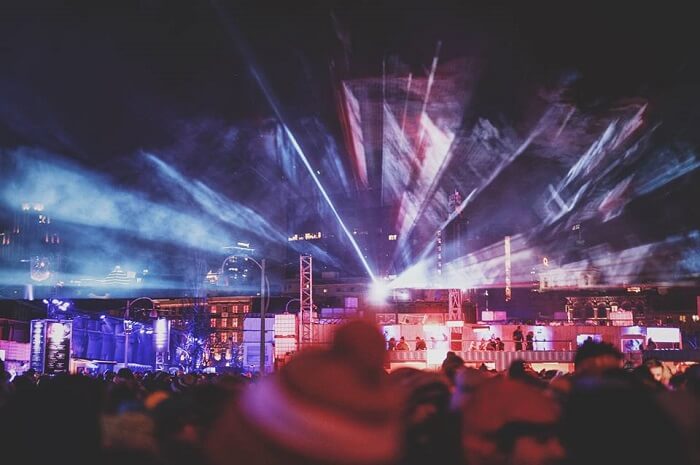 So, when does it take place? Well, this year the festival was spread over four weekends in January and February. This year’s performers were a varied lot, with DJs from around the globe grabbing a set for the mostly sold-out dates according to JustFly’s review. What often makes the Igloofest party, or any party, is the surroundings. Icy decor, mammoth steel structures, and massive projections make the environment a hectic one, all while patrons bring the party to life in snowsuits, toques, and other warm attire. The event itself even features a winter-wear competition called Iglooswag for the most unique and creative snowsuits.

While Igloofest is still a few months off, it gives music lovers a chance to escape the general musical hibernation that takes over once the snow starts to fall. This festival, which JustFly says is one of few like it in the world, keeps the good vibes of outdoor music pumping through the Winter and gives patrons a chance to forget about snow and wind, and enjoy a festival like no other.

Disclaimer: This blog post was sponsored by JustFly. Images of Igloofest belong to Peter Ryaux-Larsen.