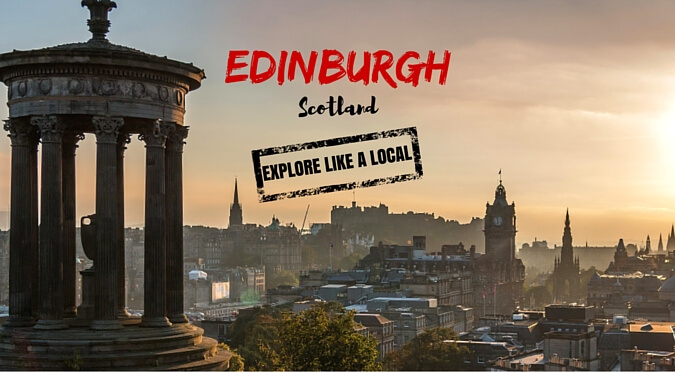 This guest post about Edinburgh, Scotland has been written by Gemma Armit of Two Scots Abroad as a part of “Explore Like a Local” series. Explore Like a Local is an initiative by Drifter Planet to help you get insider tips about destinations all over the world. Want to write about your hometown? Contact me!

Cobbled streets, haunted walks, and a three-week long festival of jokes – the capital of Scotland, Edinburgh, is more than just a pretty place. Enriched in history, shopping galore, food and drink, and waters on the shore, Edinburgh has something for every type of traveler and it is one of the bucket list worthy places to visit in the UK.

Edinburgh is just one of the many places to visit in Scotland. Ever heard of the spectacular North Coast? Check out this guide to driving the NC500 driving the north coast 500 in a motorhome.

Where to stay in Edinburgh on a budget

Approach Edinburgh hostels with caution! I have stayed in one that resembles and crack den and others that act like a revolving door for backpackers, just a bed in a busy city. Expect to pay around £10, do a bit a research beforehand. Check out these hostels:

Things to do in Edinburgh

There are many things to do in Edinburgh and some of them are absolutely free. Traditionally, tourists flock to the top of the Royal Mile in the Old Town to see our historical Edinburgh Castle which sits proudly on top of an extinct volcano. Listen out for the One O’Clock Gun which shoots every day bar Sunday (and Christmas or Good Friday). 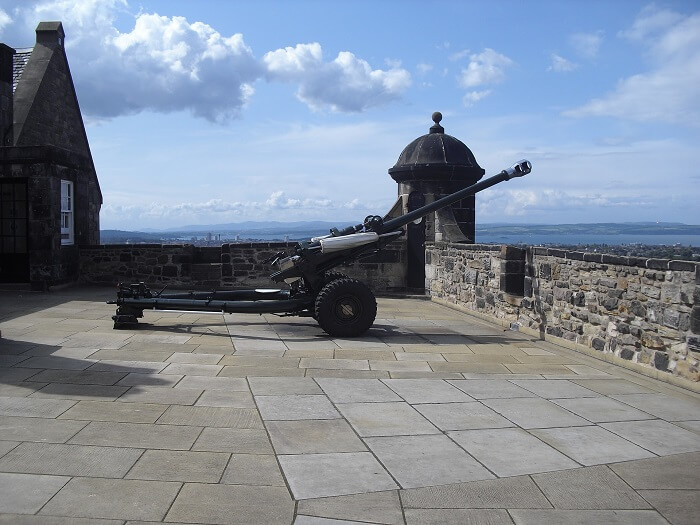 A comfortable walk down the Royal Mile will take to you Holyrood, where the devolved Scottish Parliament lives. A hike up Arthur’s Seat is a great way to blow the cobwebs away and offers the best views of the city. 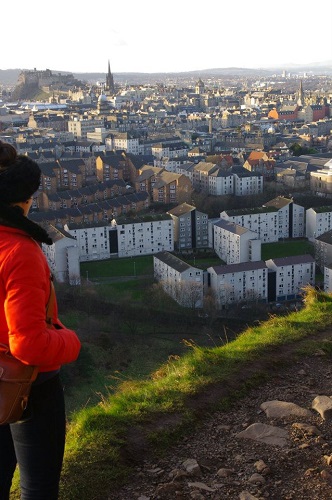 The Old Town does not sleep for three weeks in August during the Edinburgh Festival Fringe and again on the 31st of December when we celebrate ‘Hogmanay’ aka New Year’s Eve! However, Edinburgh is not just about the Old Town! Leith, in the New Town is home to lots of lovely restaurants, cafes, and bars. Check out this detailed guide about free things to do in Edinburgh. 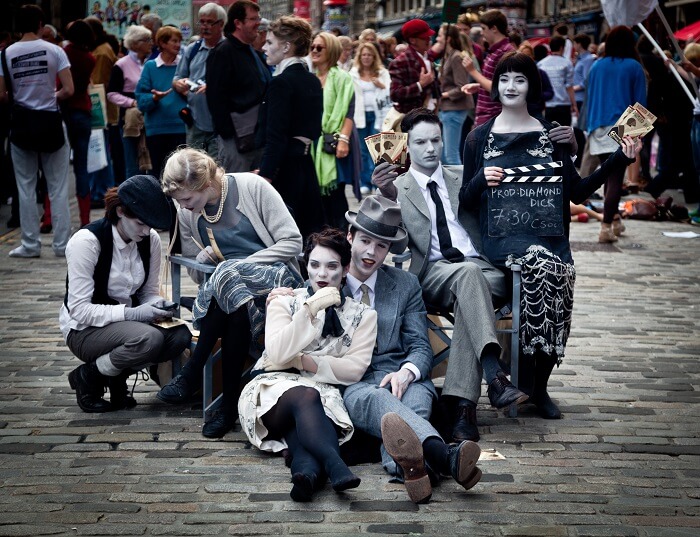 Where to eat in Edinburgh

My favorite restaurant in Edinburgh isn’t actually Scottish; it’s Thai! You won’t find the national food of Scotland, haggis, at Ting Thai Caravan but you will sample mouth-watering beer battered prawns and tofu options! Personally, I prefer to socialize in Leith as it’s less touristy and more ‘real life’. There is a joke in Edinburgh that you probably won’t meet any Scottish people in the city, as it is saturated with tourists! On a Thursday or Sunday night check out the live band huddled around the fire in the cute, Carriers Quarters or if you are lucky enough to be in Edinburgh on the weekend, hit up the Port ‘o Leith for some dancing on the bar, it’s an Edinburgh institution!

What to avoid in Edinburgh

The Grass Market in Edinburgh is a bit of a tourist trap. Lots of backpackers ask me if I’ve been to The Three Sisters, and the answer is yes, unfortunately! If you were looking to hang out with hen and stag (bachelorette and bachelor) parties then this would be your go to, not my style! Pretty much any of the restaurants on the Royal Mile are not going to be the friendliest on a traveler’s budget!

Best way to get around in Edinburgh 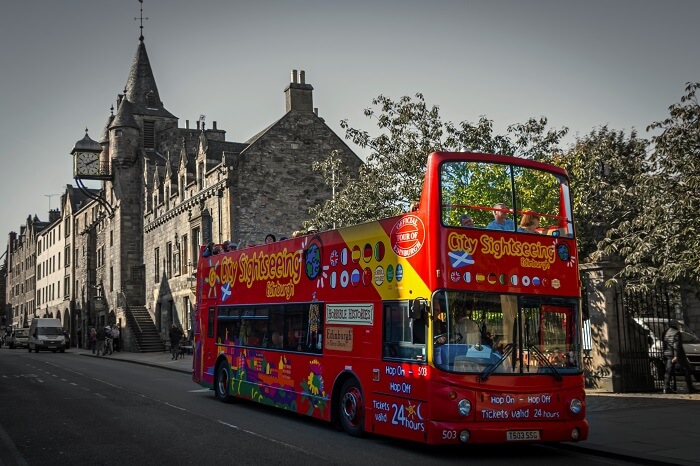 The Royal Mile, Edinburgh Scotland – Explore Edinburgh Like a Local

Look down! Yes, it’s your feet! We do have a public bus system (no change given), a hop on / off tourist bus, and now a swanky new tram system, which will take you to the city center from the airport. We do have tuk-tuks! Usually found whizzing up and down the mean streets full of drunks on a Friday and Saturday night!

Free things to do in Edinburgh

Bangkok in ONE Day

Things to do in Yangon 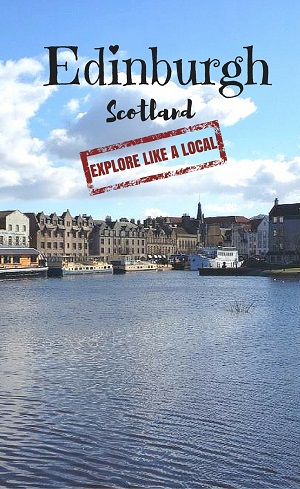 We, Gemma and Craig (Two Scots Abroad) have downed tools as teacher and tradesman in Scotland and are travelling around the Americas and Europe on an 18 month career break. Join us we ski in B.C, hike volcanoes in Nicaragua, and party in Portugal! Our hometown is just ‘over the water’ from Edinburgh (Fife). I was living in Edinburgh when we first started dating; our first date was at an Edinburgh bar chosen specially because it had a jukebox! Unfortunately, we quickly discovered that the bar had shut down so had to move on, thankfully not a reflection on our relationship (or now marriage!). Join us on Facebook, Instagram, Twitter and Pinterest.