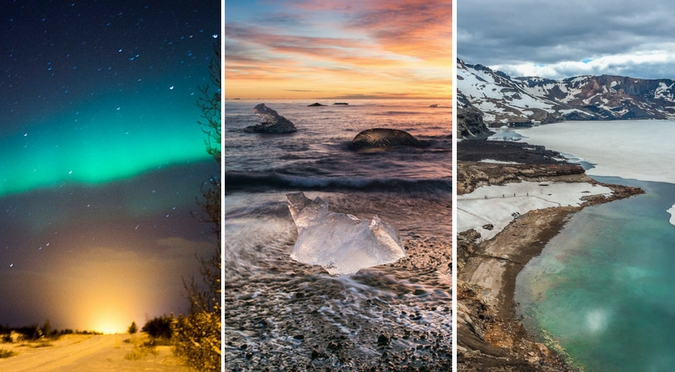 It’s summer time in Europe but winter is coming to Westeros.

If you’re a GOT aficionado (like us), then we’re sure you can’t help yourself from watching the season 7 trailers just one more time. Did you ever wish that you could be a part of Westeros for just one goddamn day?

Good news – you can visit Iceland, which is pretty much the same thing. After all, they call it the land of Ice and Fire for a reason. You can expect to see glaciers, volcanoes, geothermal pools, and landscapes that are strange yet beautiful.

Suggested: the perfect 1 week Iceland Itinerary that will help you plan your trip

Go drive along Iceland’s South Coast with your partner and enter the world of fantasy. You can also check out this itinerary to experience Iceland as a solo traveler This country has so much to offer than just Reykjavik and the Blue Lagoon so hope you find this list useful.

Here’s what the north of Westeros “beyond the wall” would look like if it were real. 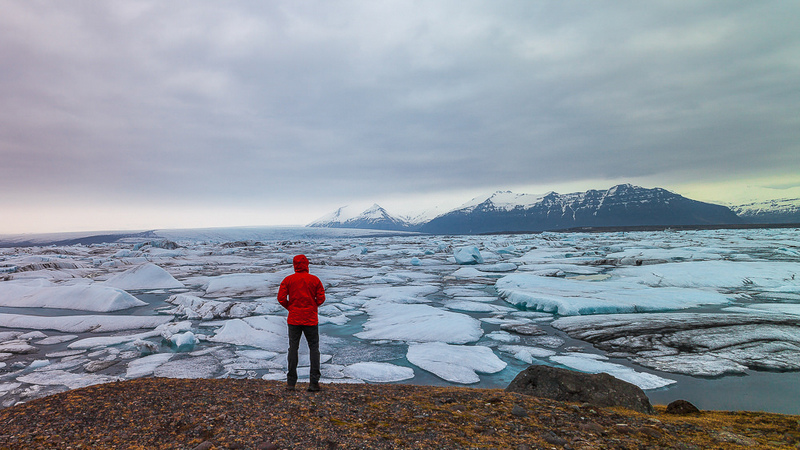 Jokulsarlon Glacial Lagoon – Iceland is the land of Ice and Fire – By Jay Kumar [CC BY 2.0] via Flickr

Jökulsárlón is a large glacial lagoon and it’s near Vatnajökull National Park. To make things more interesting, the water here is jeweled with several icebergs.

In Icelandic, Jökulsárlón literally means “glacier river lagoon”. It came into existence when the Breiðamerkurjökull glacier started thinning from where it meets the Atlantic Ocean. 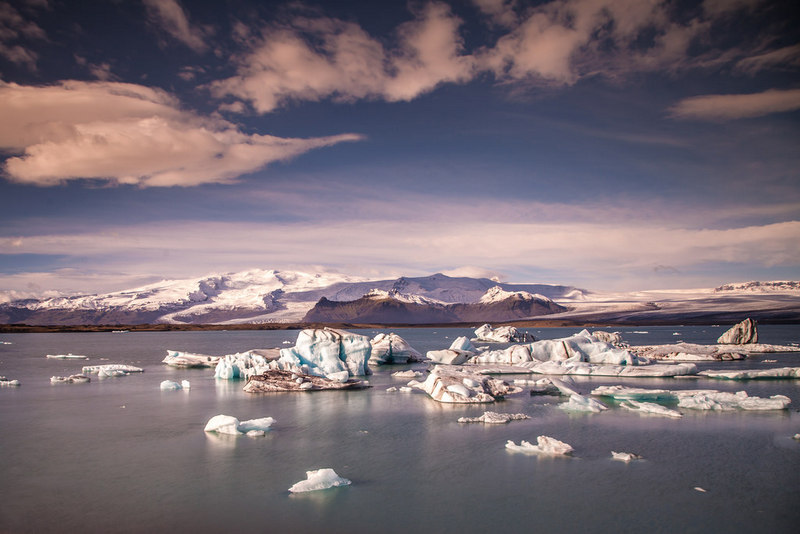 Jokulsarlon Glacial Lagoon – Iceland – the land of Ice and Fire – By Andrés Nieto Porras [CC BY 2.0] via Flickr

This lagoon (or lake) is home to several sea fishes that reach here from the Atlantic Ocean. These fish also attract several hundred seals for their meals.

Looks familiar? You may have seen it in Die Another Day or Batman Begins. For GOT Season 7, Jökulsárlón has been a major filming spot.

Askja is a caldera that’s located in the middle of a lava desert. It is in Iceland’s uninhabited interiors and can only be visited for a brief time in summer.

Next to Askja is a geothermal lake, Viti that’s smaller in size. It is possible to swim in Víti’s milky waters but has a strong smell because of sulfur.

As if it wasn’t fiery enough, there is a “canyon of dragons” nearby. It is called Drekagil and it looks like a movie set from the Lord of the Rings trilogy.

If Khaleesi’s dragons ever spit fire on a beach, the result would be something like this. Welcome to Iceland’s Black Sand beach! 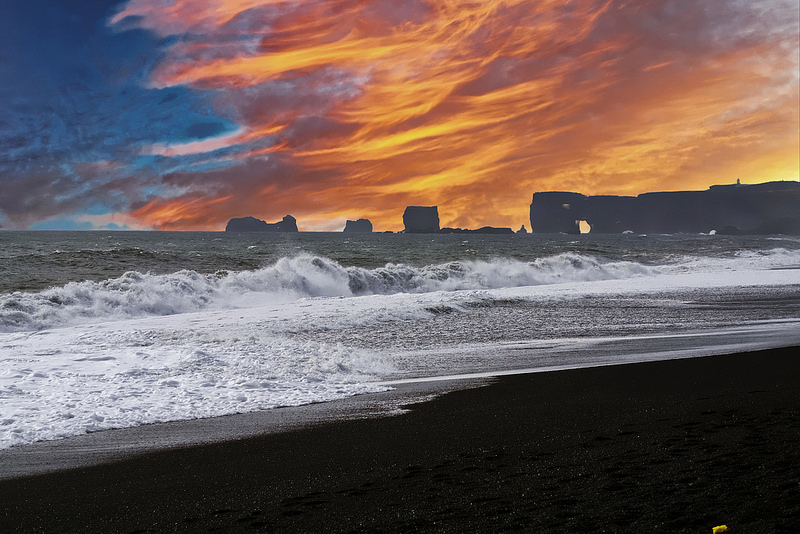 Vík is a popular tourist destination and is located in South of Iceland. It has glaciers, beaches and a stunning viewpoint from where you can get a bird’s eye view. 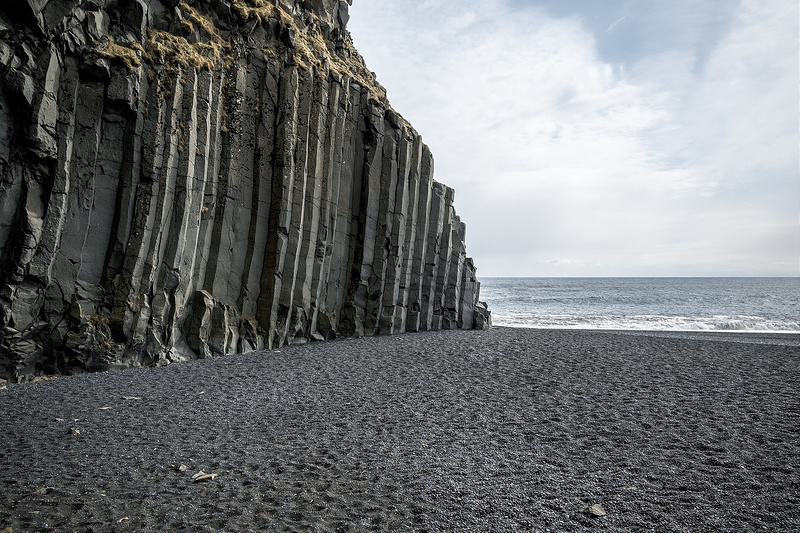 The Black Sand Beach with its strange basalt columns forms a fascinating picture. It is usually a part of Iceland’s South Coast tours. Don’t forget to capture a stunning photo of this spot.Check this post that has excellent suggestions on cameras for traveling.

Ever thought you can go inside a volcano? Yes, you can literally go on a journey to the center of the earth and walk on fire if you visit Thrihnukagigur Volcano. 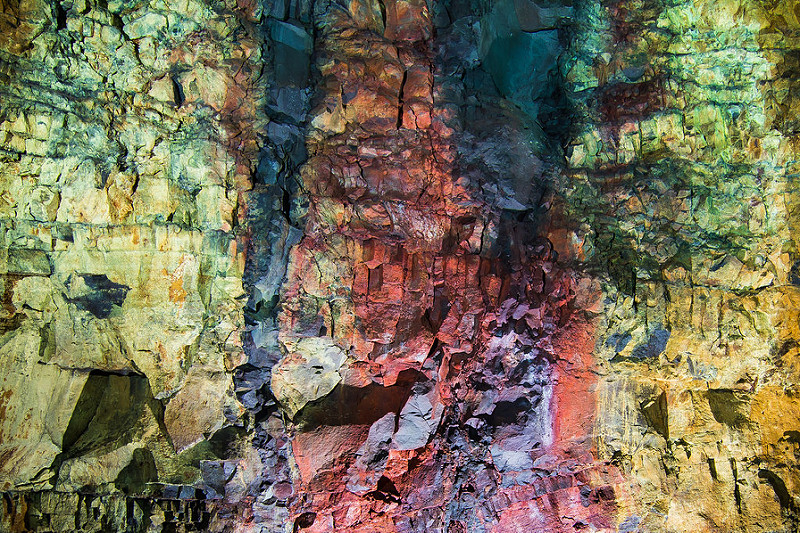 Inside Thrihnukagigur Volcano – Iceland – By Dan (catching up) (CC BY-ND 2.0) via Flickr

The Icelandic name for this volcano is Þríhnúkagígur and it is a dormant volcano near Reykjavík. It’s the only volcano on the entire planet where visitors can go into the magma chamber. You can surely do a self guided tour of Reykjavik but will need a guide for going inside Thrihnukagigur Volcano. 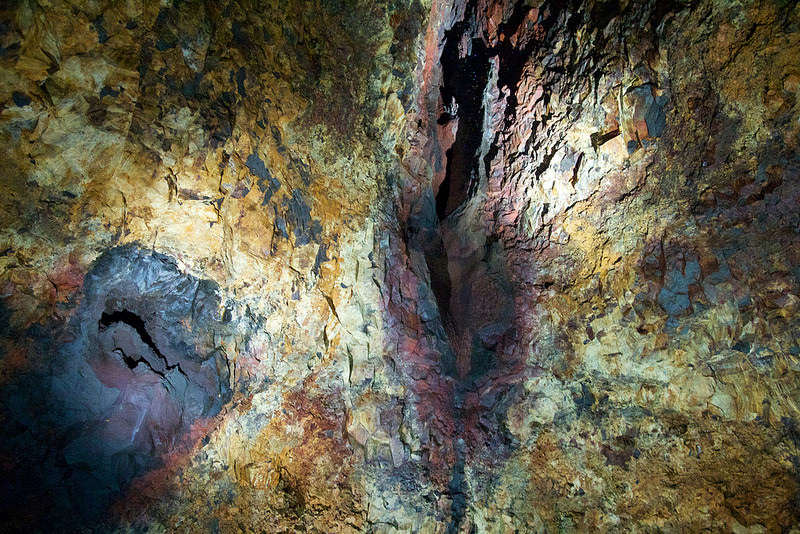 Mývatn is a popular destination in Iceland because of its amazing geothermal pools where one can take a relaxing bath. The geothermal lake and the area around it both are referred to as Mývatn.

Mývatn Nature Baths – Iceland is the land of Ice and Fire – By Richard Baer [CC BY 2.0] via Flickr

This lake is situated in an area that is frequently fed lava by Krafla volcano. The area around it is dominated by volcano landforms. As a result, this lake is mineral rich.

Do you remember the famous GOT episode where Jon Snow and Ygritte take a very special dip in a lagoon that’s inside a cave? Well, that lagoon cave is called Grjótagjá and it is near Myvatn Nature Baths.

Grjótagjá Cave – Iceland is the land of Ice and Fire – Dan (catching up) (CC BY-ND 2.0) via Flickr

Grjótagjá is a little lava cave that has a thermal spring inside it. However, the water can be as high as 50°C and is not always fit for a bath. It does look a little special, no? 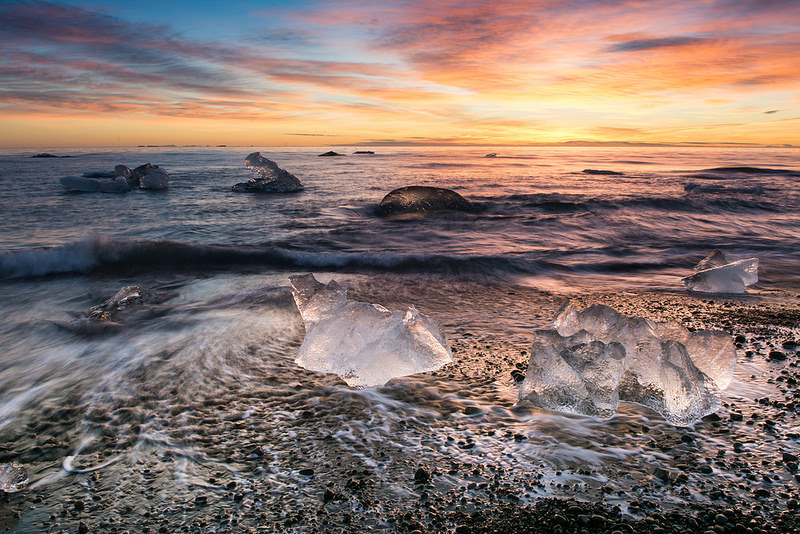 Diamond Beach is another beach in Iceland with black sand but it has pieces of ice on it. This ice glitters in the light like a diamond, hence giving the beach its name. 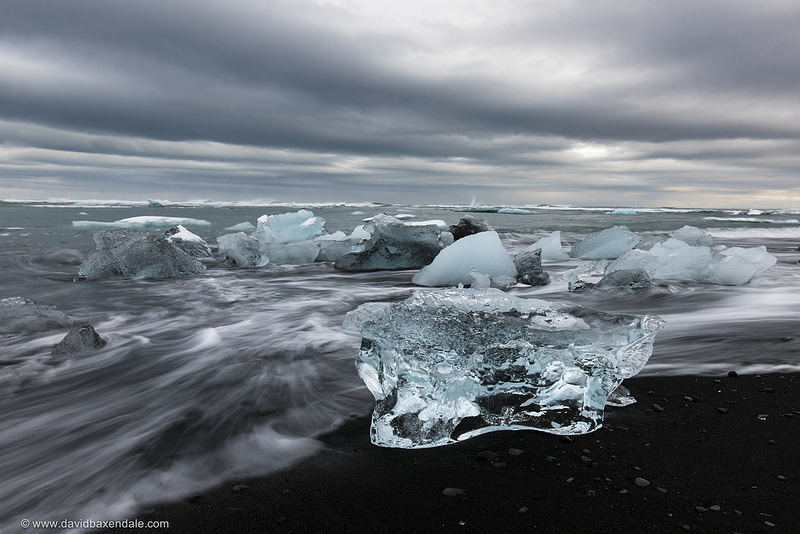 This beach is near Jökulsárlón lagoon and is also referred to as Jokulsarlon Beach. Many people just stop at Jokulsarlon and turn back. However, the Diamond Beach is towards the sea and on the other side of Road 1. 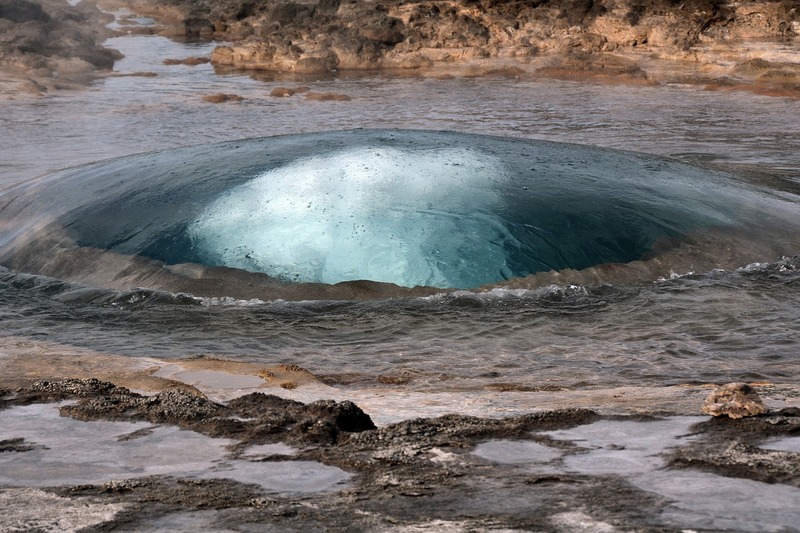 It is the father of all the world’s geysers, and is named appropriately; Geysir in Iceland is another popular tourist destination. Several hundreds of years back Geysir would gush out water that was up to 80 m high but the activity has reduced. 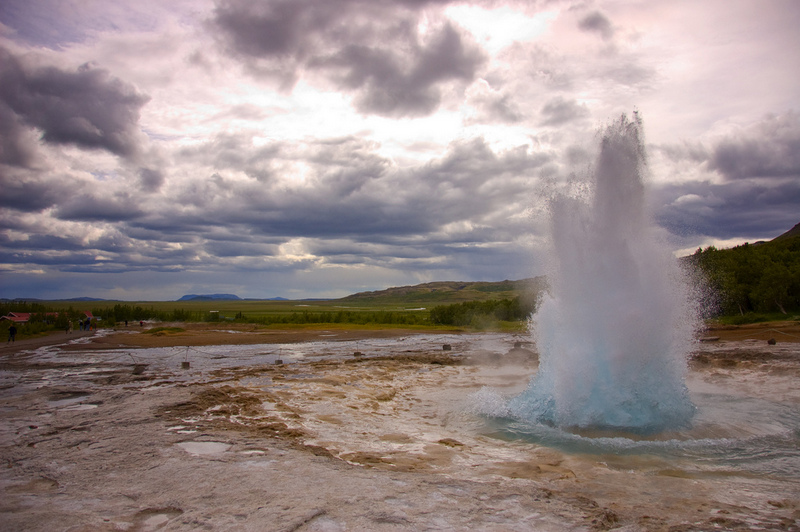 Strokkur, Geysir – Iceland is the land of Ice and Fire – By Audrey [CC BY 2.0] via Flickr

Actually, the main Geysir rarely erupts but next to it is Strokkur, which erupts every few minutes. It can go as high as 30 meters high in the air before disappearing back into its hole. This natural activity can easily be perceived as an alien phenomenon. 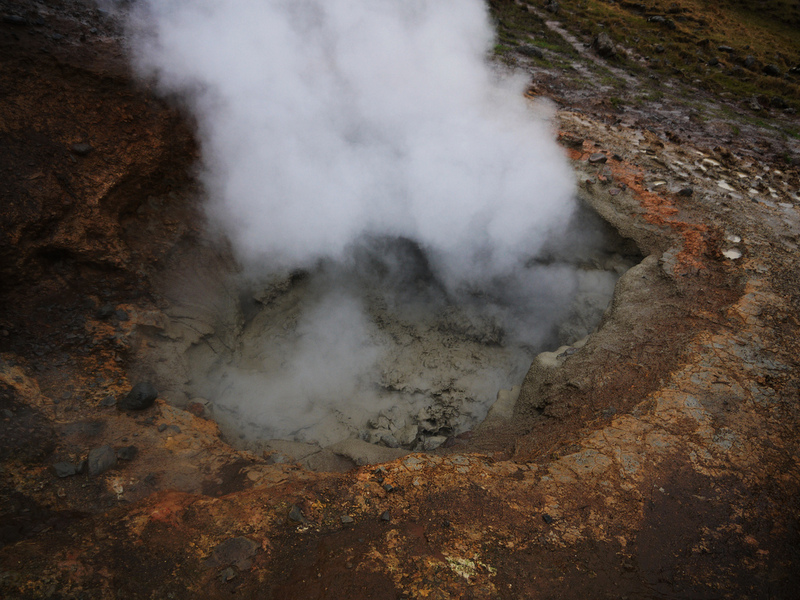 Hveragerdi – Iceland is the land of Ice and Fire – By Bernard McManus [CC BY 2.0] via Flickr

Another active geothermal field, the pictures of Hveragerði will remind you of GOT’s Riverlands. You can also enjoy a 3km long hike to reach Reykjadalur Hot Springs and bathe in the wild. 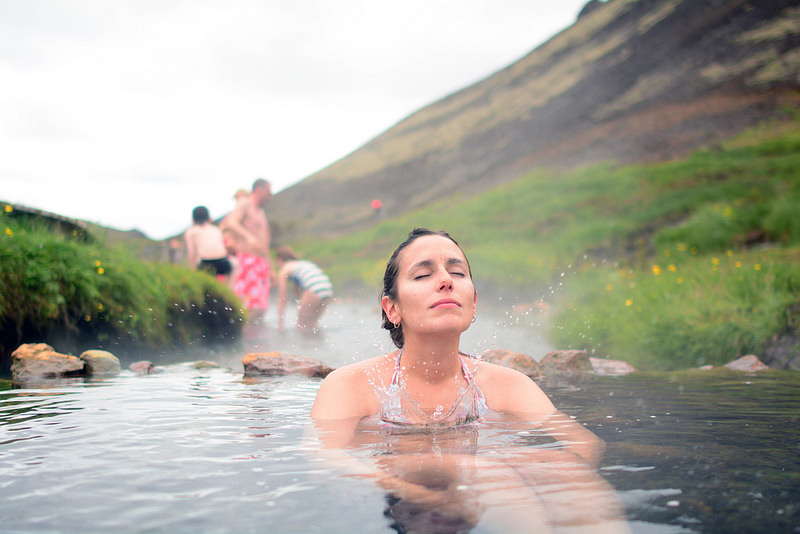 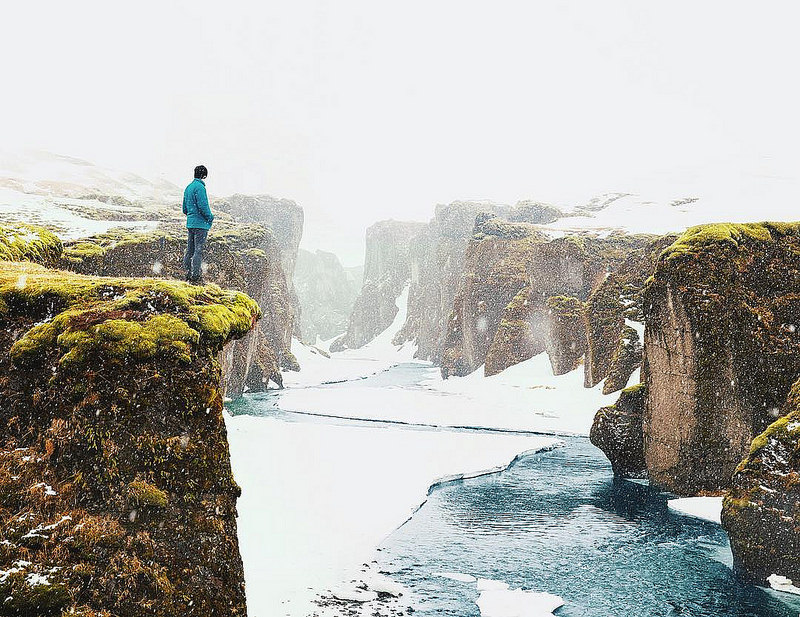 Fjadrargljufur Canyon – Iceland is the land of Ice and Fire – By Dirk Dallas [CC BY NC 2.0] via Flickr

More than Game of Thrones, this landscape may remind you of the Avatar movie. This magical canyon in 2 kilometers long and up to 100 meters wide. Iceland’s Fjaðrá river flows through it. 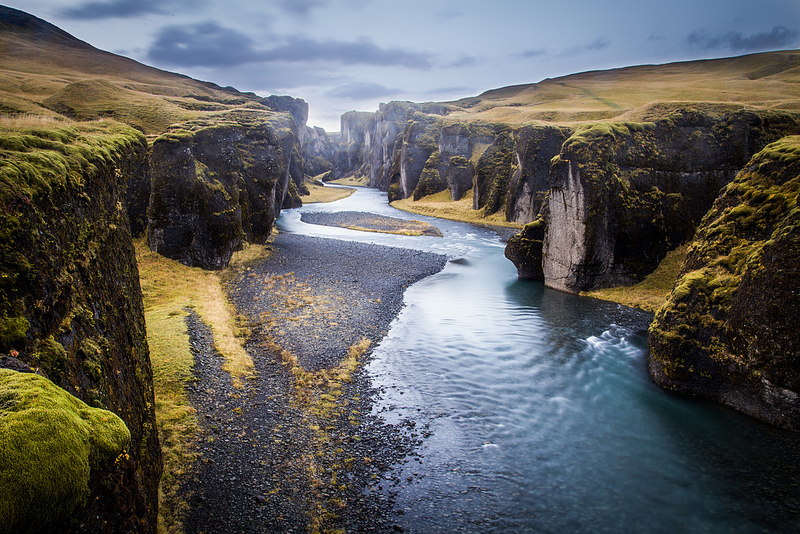 The trail that leads to Fjadrargljufur canyon starts at the car park. This canyon is close to Iceland’s famous ring road, near Kirkjubæjarklaustur village.

What can be more magical than watching the fire in the sky? Words alone won’t do justice so I will leave it to pictures 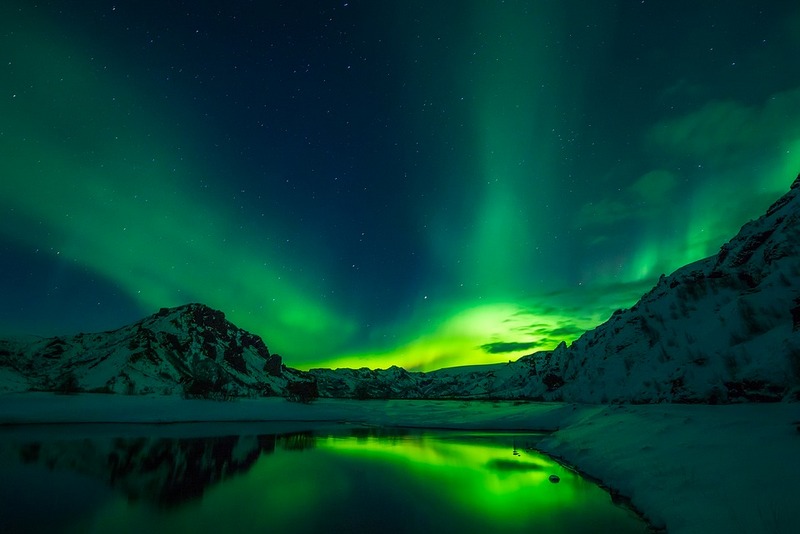 How lucky are the people who live here! Their winter nights are full of magic. Here’s one last picture that will make your eyes pop. 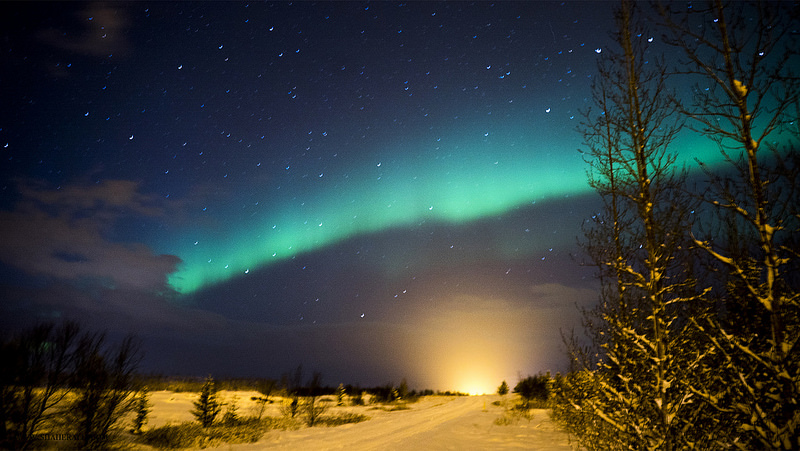 The Northern Lights – Iceland is the land of Ice and Fire – By Shaherald Chia [CC BY-ND 2.0] via Flickr

Are you daydreaming about visiting Iceland already? If you have visited this spectacular country and have a few pictures of your own to share, let us know in the comments.

Heading to Iceland soon? Check out this post which will tell you what to pack for Iceland for a week. 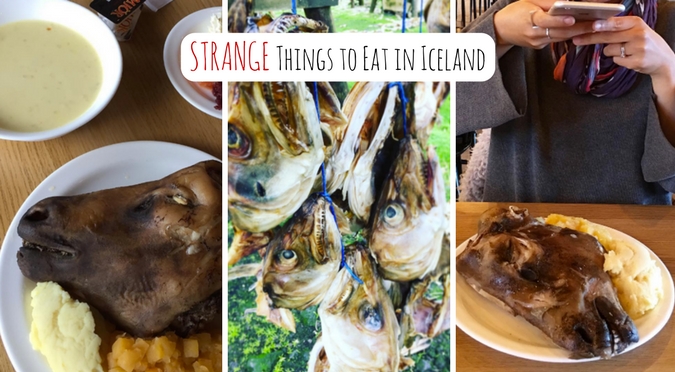 4 Strange Things to Eat in Iceland

Iceland.. the land of surreal landscapes, unpronounceable names, geothermal hot-springs and Northern lights. Yes, these are the images that flash in literally everyone’s minds at the mention of this country. Mostly because of Game of Thrones’ episode that featured Jon Snow losing his virginity in a natural pool, episode Kissed by Fire. Also, the extremely famous Blue Lagoon is a part of everyone’s Iceland itinerary.

Enough about Iceland’s hot spring, but hey – have you ever heard about Icelandic food? I’m specifically talking about Iceland’s strange but interesting food local food that every meat lover should try if they like to get adventurous with food.

Due to Iceland’s harsh weather conditions, the locals are known to preserve their food for a long time so that nothing goes to waste. Not just cultural significance, these dishes also hold a tremendous historical importance. Even if you have already seen pictures of Icelandic food, these below things are sure to shock you. In fact, the first picture did shock me on Instagram, which in turn inspired me to write this post.

Strange Things to eat in Iceland –

Svid is a local delicacy in Iceland that is made with a boiled sheep head. Sounds disgusting? But here’s the thing – this dish originated from the time when people couldn’t let any part of the caught animal remain unused. Would you ever try it? I’m not sure if I will. If your imagination hasn’t run wild already, here are a few pictures that I found on Instagram that will make you go crazy.

Suggested:  What to eat in the Philippines – the BEST of Filipino Food

Hákarl is fermented shark and is Iceland’s national dish. It is usually made with Greenland Shark which has high content of urea and is poisonous when it’s fresh. To prepare this, freshly caught shark is cured with preservatives and hung to ferment for four to five months. It is usually consumed as a side dish but also alone.

Hakarl (treated shark), Iceland. The meat of the shark is fermented and then hung out to dry (pictured) for 4-5 months. #b_ravetraveller #hákarl #iceland #putridshark #icelandicshark #shark

Dear Iceland, you were doing so well until I discovered that you *still* sell #Hákarl! Why go to so much effort protecting your #wilderness, only to actively decimate your resident #elasmobranch population?! . #Somniosus #microcephalus #GreenlandShark #Shark #SharkMeat #Evil #NotCool

Súrsaðir hrútspungar is picked ram’s testicles, which again shows that Icelanders did not waste any animal’s part after catching it.

Saltfiskur is dried and unsalted codfish. This dish again demonstrates Iceland’s old tradition of preserving food by drying. Many locals describe it as a local equivalent of bread.

About to become a delicacy #harðfiskur #Iceland #dry #fish

Ohhh yeah 😍. Icelandic treat for me. Give me all the protein 💪🏻😂

Like this list? Well, I found an amazing infographic about food in Iceland on Dealchecker.co.uk. Here, take a look.

You may also enjoy reading the below posts about Iceland:

How to Experience Iceland on a Budget

What’s the weirdest food that you have tried while traveling? Let me know in comments.