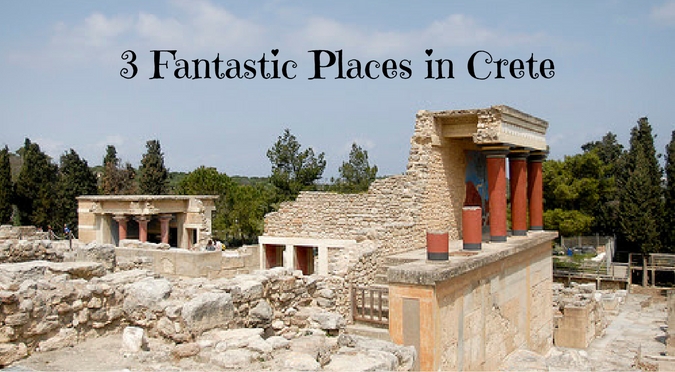 From ancient art and architecture to stunning scenery and the sea, Crete boasts a fascinating history and plenty of natural beauty. I first came to this Mediterranean island for a unique insight into Europe’s first civilization and its renowned Minoan palaces, but I stuck around for the sandy shorelines, magnificent weather, and superb cuisine.

During my time in Crete, I tried to see as much as possible, staying at beachside resorts as well as quaint rural villas. Of all the places I saw, the following three made a lasting impression.

Featuring a little more refinement than the rest of the island, Lasithi occupies the eastern region of Crete and is best know for its sophisticated harbour towns and pretty golden beaches. Lasithi is dominated by the charming capital of Áyios Nikólaos, but the neighboring Elounda has a more alluring appeal.

Once a small fishing town, Elounda is thought of as the “jet set” area of Crete and has attracted scores of celebs. Thankfully, it manages to avoid any egotistical undertones, allowing for traditional tavernas situated on the bay to serve up local fare such as Cretan pilaf (chicken and lamb risotto served with goat’s butter) and souvlaki (pork meat, lamb, chicken or fish on skewers).

Another former fishing village, Matala became Crete’s offbeat, bohemian destination after backpacking hippies came to settle here in the 1960s and 70s. Walk through Matala and you will see small boutiques selling their arts and crafts either side of a street painted with murals promoting peace and love.

Also known for its man-made Neolithic caves carved into the sandstone cliff, Joni Mitchell once stayed here and was inspired to write the song “Carey,” which features the lyrics “under a starry dome…beneath the Matala Moon.” 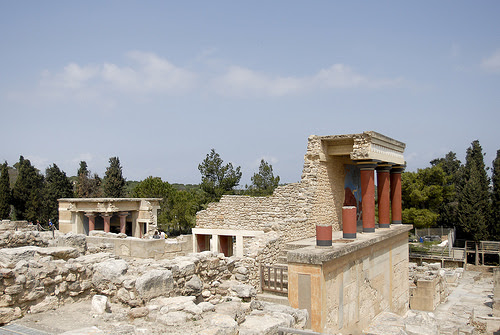 ​Image by tedbassman used under Creative Commons license CC BY 2.0

This is the largest city and capital of Crete, which traces its roots back 3,000 years. Therefore, the nearby Minoan Palace of Knossos, where you can quite literally piece together a picture of what life used to be like on the island, is Heraklion’s biggest attraction.

If you want to stay near Heraklion but don’t want the hustle and bustle of a big city, consider staying in Malia, just 30 minutes away. By day, you can stroll around the old town’s secret network of cobbled streets and enjoy a drink or two by the beach. At night, make sure you take advantage of Malia’s legendary nightlife.

If I ever have the pleasure of visiting Crete again you can be sure I’ll make the time to see all three of these fantastic places.

Author Bio – Chrysty Miles is a travel addict and loves exploring the world on her own way.