5 of Los Angeles Top Attractions – the City of Angels 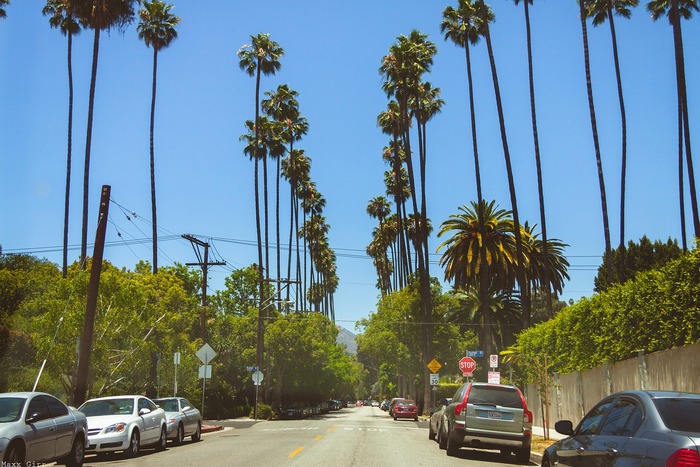 What do you say about Los Angeles?
Still, the only place for me that never rains, the sun is always out and everybody got love.
To live and die in L.A.  It’s the place to be
You’ve got to be there to know it
What everybody wanna see.

If you’re a hip hop fan you have probably heard those words before. They’re part of the lyrics to Tupac’s, one of the greatest rappers ever, hit song To Live and Die in LA. In the song, Tupac describes life in Los Angeles and says anybody who visits the city will love it.

He wasn’t wrong. The City of Angels is an amazing place to visit and if you’re planning a trip to LA, California you couldn’t have chosen a better destination.

Its sunny weather, beautiful people, fun nightlife and definitely Hollywood make it easy to see why Los Angeles is appealing to tourist.

As the second largest city in the United States LA is huge with a lot to offer tourists. It can be overwhelming deciding what to do while there. I would say you actually cannot see all of LA if you’re spending less than a month there.

But don’t worry I’ll help guide you on what to include in your travel itinerary. If you are traveling with your family note you’ll need to fill an ESTA family application to get a visa to travel to the US.

Hollywood is one of the districts in LA. If you’re a movie buff you will absolutely love visiting the sites here. You can start your see sight with a tour to the famed Hollywood Walk of Fame.  The Hollywood Walk of Fame has over 2,600 five-pointed terrazzo and brass stars embedded on the sidewalks along 15 blocks of Hollywood Boulevard. These stars bear names, foot and hand prints of famous musicians, actors or celebrities. So while there look for the star of your favorite actor and take a photo standing next to it.

Once you’re done with looking at the stars you can proceed to the Grauman’s Egyptian Theatre (Chinese Theatre). This movie theatre was opened in 1922. It was the venue where the first Hollywood film premiere was held for the movie Robin Hood starring Douglas Fairbanks in 1922.  Other sites to see in Hollywood include the Dolby Theatre where the Oscars are held each year and The Madame Tussauds Hollywood, where you can hang out and take photos with celebrity wax figures.

A visit to the Hollywood Studio Museum to see displays of historic movie props, photos, documents and movie memorabilia will also be nice.  You could also take a tour bus which will take you past some of the homes of celebrities who live in Hollywood. 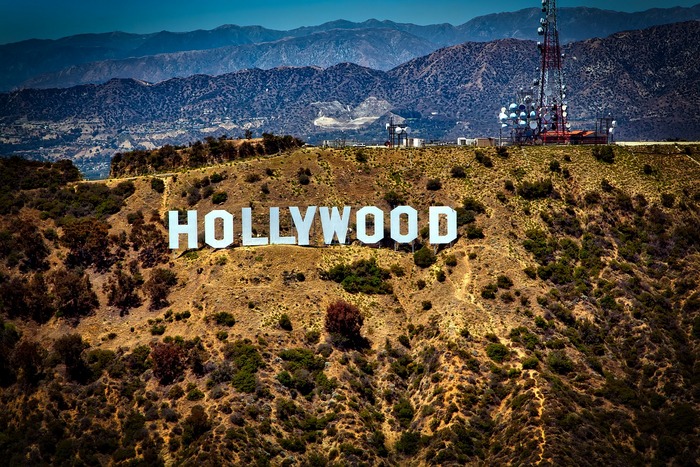 You have seen this sign in so many movies so while in LA you shouldn’t live without taking a photo of it. The Hollywood sign which is an iconic landmark in Los Angeles was put up in 1923 as an advertisement for a local property. It became so popular it never came down.

Located on the southern slope of Mount Lee you cannot get close enough to touch the sign because it is barricaded and under surveillance. So the only way to get a photo is from a distance. There are several points you can get good shots though like the junction of Hollywood Boulevard.

You can take a shuttle to the Hollywood Sign or if you love hiking or biking you can use three hike trails to get to a good viewing point. 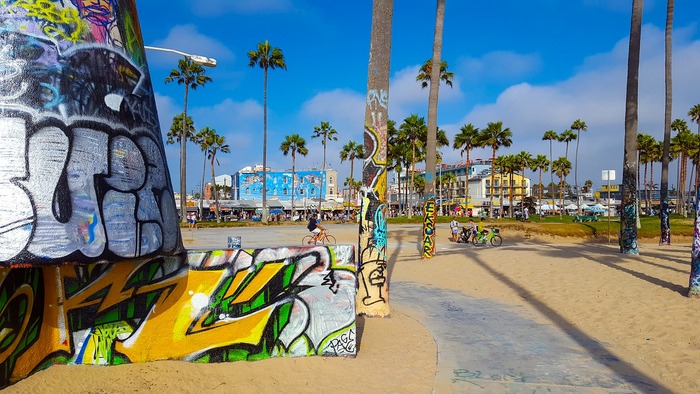 This is another district in LA and there is so much you can do here. You can relax on the sand in its amazing beaches or take a stroll on its boardwalk to see some sights and sounds.

Venice Beach also has a recreational center with a kids play area, volleyball, tennis, handball and basketball courts. If you’re into skating pass by the Venice Beach Skate Park opened in 2009 and learn some new skating skills.

Finally, Muscle Beach in Venice attracts many tourists.  Here you get to see muscle men doing crazy weight lifts in the outdoor gyms on sand. Within Muscle beach is the original Gold Gym used by Arnold Schwarzenegger and other world renowned bodybuilders in 1970s.

While in Venice Beach you can also dine, enjoy some drinks while watching the sunset or do some shopping. 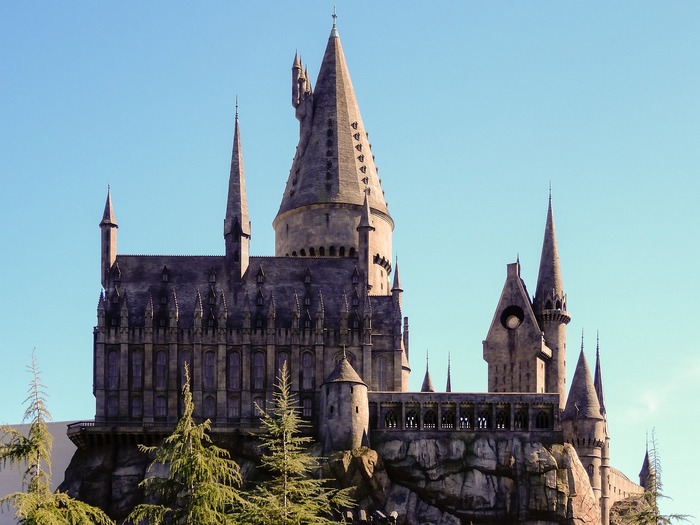 A visit to this world famous film studio and theme park must be part of your travel itinerary. It will be great to see one of the oldest Hollywood film studios and tour working movie studios.

In the theme park, you can enjoy The Walking Dead walkthrough attraction if you’re a fan of the TV show. It can get scary as you’ll face real walkers so I don’t recommend kids under 13 doing this.

After you’re done with Universal Studios you can also visit Disneyland another wonderful theme park in the City of Angels. 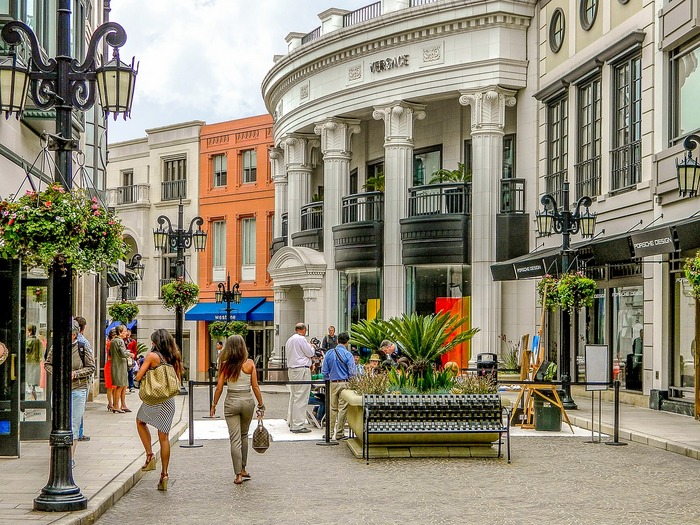 Want to do some shopping and are willing to spend.  Head over to the luxury shops in Rodeo Drive to empty your wallet. If you don’t have money to burn Rodeo Drive is still a popular tourist destination in LA made famous by Julia Roberts in the movie Pretty Woman. This is the street where she got turned away from a fancy story in the movie.

Rodeo Drive has also been featured in many other TV shows and movies. So you can go do some window shopping and ogle at the super-rich. To do some shopping without spending much try the Grove.

We cannot tell you everywhere to visit in LA that would make for one very long article. We suggest you get a guide to take you around LA or buy a tourists guide book then decide where you would like to go. Other Los Angeles locations that you may enjoy include,

The best time to visit LA is during summer which starts from June to September. The weather at the time is perfect for a sunny vacation.

When you go be prepared for traffic. The traffic in this city is horrendous and it is there all the time. But don’t let that spoil your trip. Just factor in the hours spent in traffic while making your plans and you will have an enjoyable and memorable trip.

For you to easily move around consider renting a car or taking taxis as the public transport which is good may not get you to some areas.

Hope you enjoy your trip to Los Angeles. Let us know how much fun you had once you’re back.